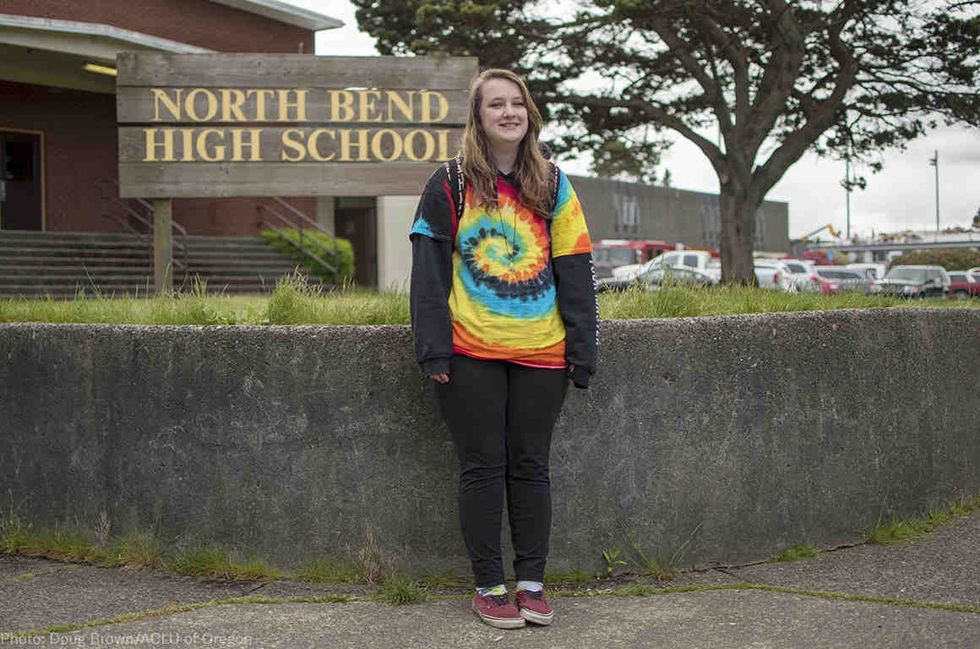 A gay teenager who is graduating from the North Bend High School in Oregon has written an account of vicious bullying she received at school -- along with the school administration's total indifference to how she was being treated.

Writing over at the ACLU's website, graduating senior Liv Funk chronicles being called homophobic slurs by her classmates, as well as one male student who physically abused her by hitting her with his skateboard.

The bullying got so bad that she finally went to her school's resource officer -- but she found to her horror that he wasn't about to do anything to help her.

"He said that if I’m going to be an open member of the LGBT community that I should prepare for things like this," she writes. "The officer said that being gay was a choice, and it was against his religion. He said that he had homosexual friends, but because I was an open homosexual, I was going to hell."

Local news station KVAL reports that a recent inquiry by the Oregon Department of Education concluded that "discrimination on the basis of sexual orientation may have occurred at the school" based on multiple accounts from LGBT students who say the school's administration did nothing to intervene during incidents of bullying.

On Wednesday, The Daily Beast reported that the CEO of an elections software firm has been arrested and charged with stealing information from poll workers in Los Angeles County, California.