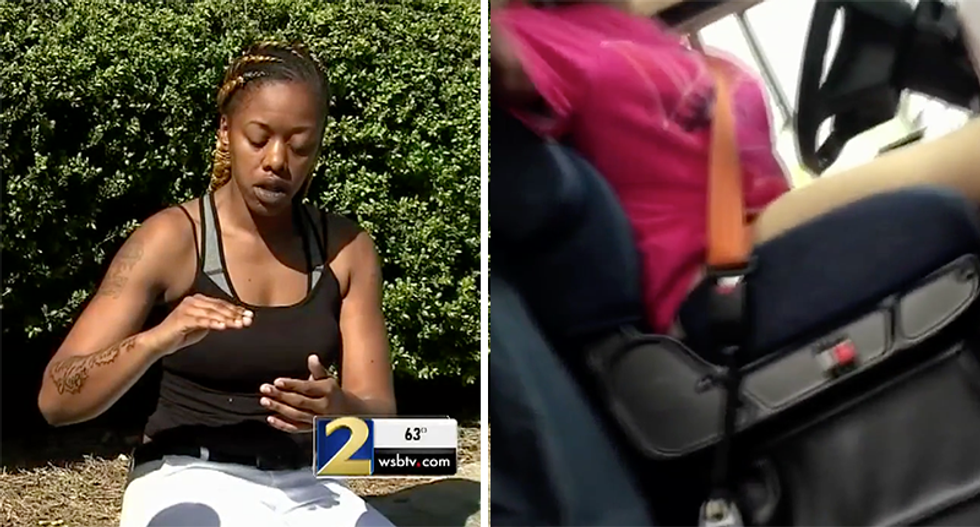 A Georgia mother was afraid for her life while allegedly being dragged by a school bus as she was trapped between the doors.

The Atlanta Black Star reported Thursday that Amanda Taylor went to the bus driver to address rude comments the woman spoke to Taylor's 9-year-old daughter. The Dekalb County employee didn't want any part of it.

The situation quickly escalated and the mother pulled out her cell phone camera.

“I’m yelling, ‘Are you serious?' I’m recording you,” Taylor can be heard saying in the video she sent to Channel 2 news.

The incident ultimately sent the mother to the hospital and she's disturbed the school is still allowing the driver to continue despite frequent parent complaints.

"My intent, my whole purpose was to catch her in a lie,” Taylor told Channel 2. “I never stepped onto the bus. I never threatened her in any way… I simply tried to talk to the bus driver."

The school district released a statement saying they were troubled by the incident but didn't say whether or not they'd be taking any action.

“The images in the video are disturbing, completely inappropriate and do not reflect a productive interaction between a parent and an employee. We expect disagreements to be addressed respectfully and not to the detriment of students,” the statement read.

You can watch the full news report below: