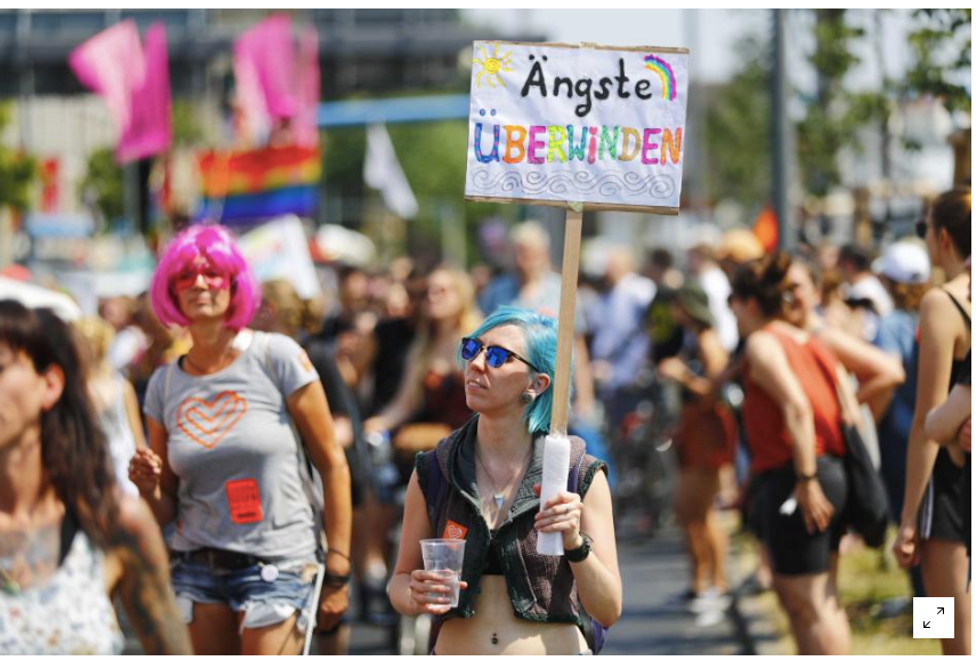 Some 5,000 supporters of the far-right Alternative for Germany (AfD) marched through Berlin on Sunday, but they were heavily outnumbered by anti-AfD demonstrations, including one from the city’s club scene which blasted techno music across the capital.

The AfD’s anti-immigration, anti-European Union and anti-Muslim messages helped it become the third largest party in the German Bundestag in last September’s vote but it has had little impact on parliamentary debate since then.

The AfD demonstrators, bussed in from around Germany, marched from Berlin’s main station, down the banks of the Spree river to the Brandenburg Gate near the German parliament.

But there were around 20,000 anti-AfD protesters - according to police estimates - most of them younger people, highlighting the divisions that have emerged in Germany since the 2015 refugee crisis.

“Our children, our country, our future: that is why we are here and we are the only party with this program,” AfD leader Alexander Gauland, speaking to supporters at a rally near the Brandenburg Gate, where the march ended.

The party, founded as an anti-EU party in 2013, reinvented itself with an anti-immigration stance after Chancellor Angela Merkel’s decision to open the Germany’s borders to more than a million refugees in 2015.

Berliners responded with at least 13 registered counter-demonstrations. These included one by the city’s club scene, which put on a techno music party, aiming to “Bass the AfD away” with music blasting from speakers on 20 public address trucks.

“We want to be loud enough to drown out the racist speeches,” an activist named Rosa told RBB public television. The thudding techno beat echoed across the city center on Sunday afternoon.

Another group of anti-AfD protesters were on a boat on the Spree river holding up placards saying “You stink!”

The AfD is now the largest opposition party following the deal between Merkel’s conservatives and the Social Democrats to renew their grand coalition.

As a result, the AfD has a host of powerful committee chairmanships, but has so far failed to capitalize on them.

Sunday’s protests were broadly peaceful, with only one minor injury reported amid a heavy police presence.