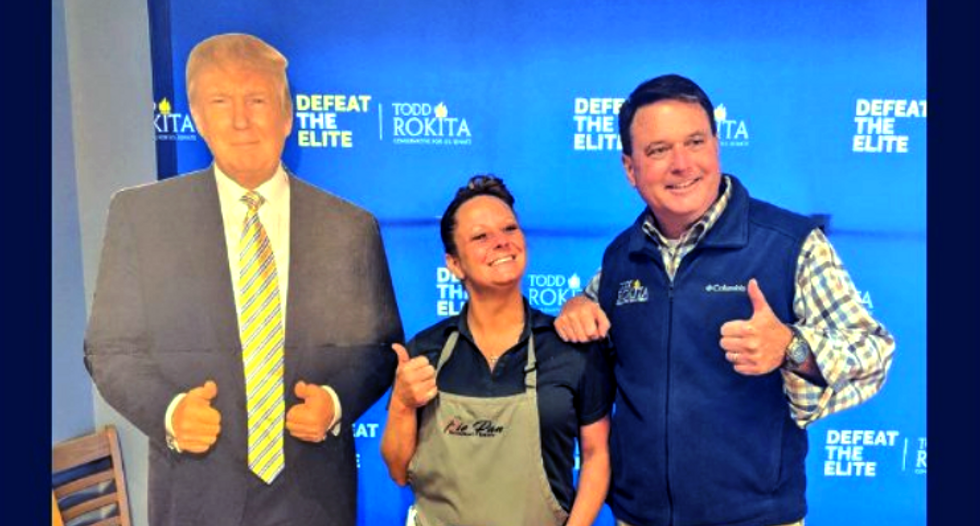 A Republican member of the House of Representatives on Thursday introduced a resolution requesting special counsel Robert Mueller end his investigation into Russia collusion unless he can provide a “valid progress report” within the next 30 days.

As the Washington Examiner reports, Rep. Todd Rokita (R-IN) blasted the Mueller investigation for “[dragging] on for nearly a year at a cost of tens of millions of dollars without producing a shred of evidence of collusion.”

“I expect a valid progress report within the next 30 days or the investigation should be terminated,” Rokita demanded.

Rokita argued Mueller was operating “without accountability,” adding “for many Americans, this investigation looks more like an attempt by the Washington elite to destroy President Trump with innuendo, leaks, and baseless allegations than to provide justice.”

Rokita, who is running for Senate in Indiana, released an ad on Wednesday promising to end the Mueller probe if he’s elected.

“Mueller, Pelosi, Donnelly. They’re using fake news to destroy our president. Who’s tough enough to stop the witch hunt?” the ad, echoing Trump, asked. As the Daily Beast reports, the pro-Trump representative has even taken to brandishing his “Make America Great Again” hat and “bringing a cardboard cutout of the president to some campaign events.”