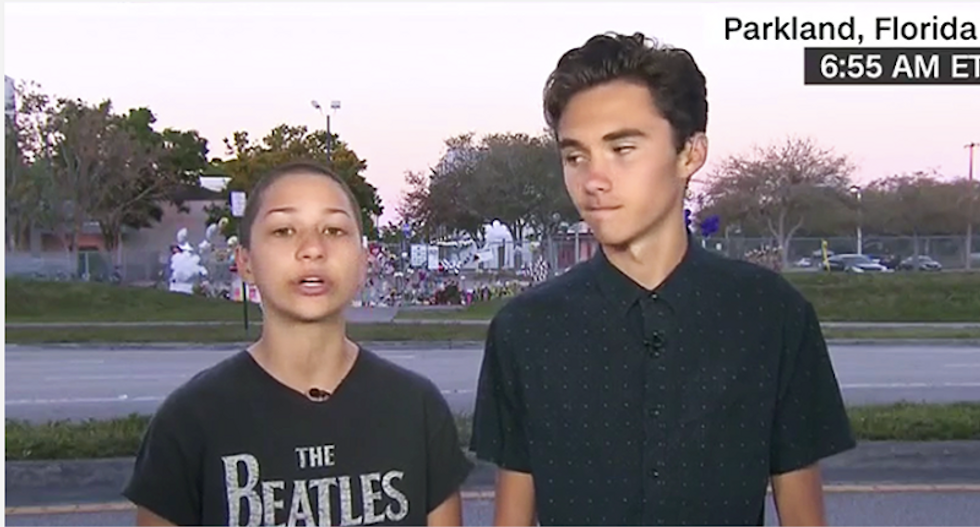 On Friday, Parkland shooting survivor David Hogg and other gun control advocates staged a die-in. The same day, a school shooting tragedy was narrowly averted when teacher Jason Seaman disarmed a shooter at the Noblesville West Middle School, in Indiana.

But mass protest is not the only way students are jolting politicians out of offering mere 'thoughts-and-prayers' in response to gun violence ("Karen and I are praying for the victims of the terrible shooting in Indiana," Mike Pence tweeted about today's shooting in his home state).

Gun control advocates are also targeting politicians they view as beholden to the NRA.

In a victory for Parkland activists, the large grocery store chain Publix announced they've suspended "political donations," the Orlando Sentinel reports. It's a move seen as a response to controversy over their support of Republican gubernatorial candidate Adam Putnam, who backs the National Rifle Association.

"I call on @Publix to donate double the money they gave to Putman to the Stoneman Douglas Victims fund, $1,000,000. And never support an A rated NRA politician again," Hogg tweeted yesterday.