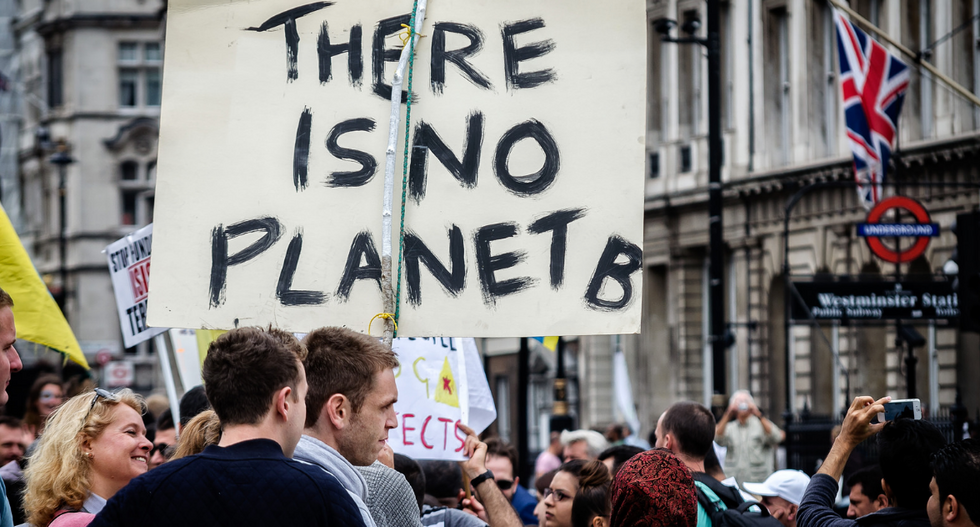 High Country News’ Jack Greene detailed the high school students’ effort to flip the Utah Legislature, which began in 2016 when they discovered the 2010 resolution.

Student Piper Chirstian told Greene she and her classmates could see the very impact of climate change on her home state.

“My generation and generations to come will inherit the many threats that climate change poses,” Christian said.

As Greene reports, the students drafted a resolution and lobby local business leaders to support their effort. By 2017, they tapped Republican legislator Rep. Becky Edwards to sponsor the legislation, “Economic and Environmental Stewardship.”

That resolution failed, Greene reports, but the students “partnered with a coalition of advocacy organizations, whose volunteers met with representatives from nearly every Utah political district.”

According to Greene, those advocacy organizations worked with Edwards “to create an evening program at the Capitol” that discussed climate solutions with students and legislators.

“We, as youth leaders of Utah, have assembled with you, our state leaders, to address what we consider to be the paramount issue of our generation—that of a changing climate,” one student said at that event.

On March 20, Gov. Gary Herbert (R-UT) signed the bill into law after 75 percent of Republican legislators supported the change.

“Now, many people in Utah are grateful to these Logan High School students and their allies, who never gave up despite the odds against them,” Greene writes.