Gun-toting black activist blasts FBI after their case against him falls apart: ‘It’s tyranny at its finest’ 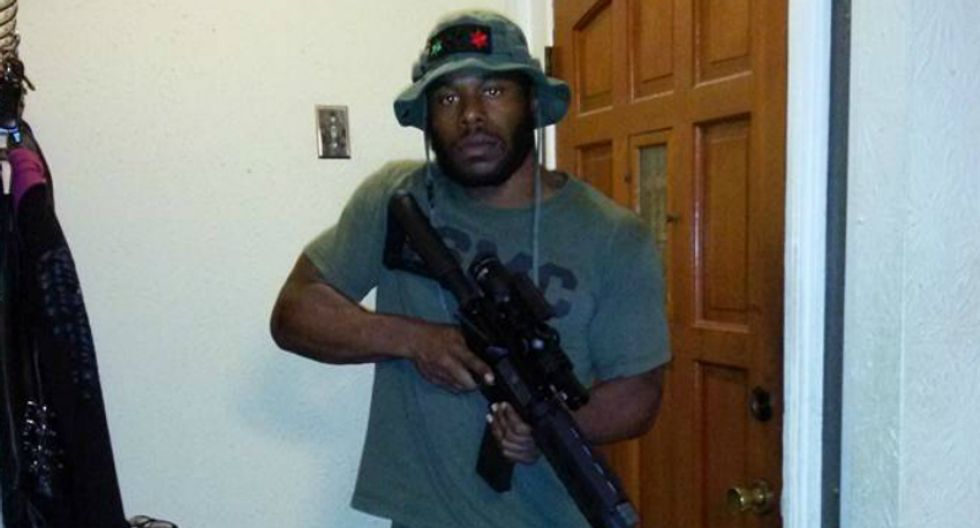 The first known "black identity extremist" jailed after making pro-black and anti-police brutality Facebook posts has spoken out following his release from jail.

In an interview with The Guardian, activist Rakem Balogun discussed the ways in which the government's surveillance of his political activity were a form of "tyranny."

Balogun, who co-founded the revolutionary black power group Guerilla Mainframe and Huey P. Newtown Gun Club that promotes black gun ownership, was arrested in the middle of the night by the FBI in December 2017 after being surveilled for more than two years for what the government considered anti-police sentiments.

During Balogun's trial, special agent Aaron Keighley testified that the government first became aware of a March 2015 rally the activist participated in from an Infowars video about it.

"They’re using a conspiracy theorist video as a reason to justify their tyranny?" Balogun said. "That is a big insult.”

In court, the agent cited Facebook posts Balogun made saying murdered police officers "deserve what they got" in justifying the bureau's middle-of-the-night arrest that left the activist and his 15-year-old son freezing in just pajamas in December, but ultimately admitted they had no evidence he was planning on attacking police.

“They were really desperate,” Balogun said of his arrest where his guns and books about black self-defense were seized. “This is pretty much like Stalin 1950 – ‘You show me the man. I show you the crime.’”

In his one-count indictment, federal prosecutors alleged Balogun — whose legal name is Christopher Daniels — was not allowed to own firearms "due to a 2007 misdemeanor domestic assault case in Tennessee." A judge ruled in the beginning of May that the law did not apply, effectively killing the government's case against Balogun that had uprooted his life and led to him losing his home.

"Since his release one week ago, Balogun has also been forced to confront the harsh reality of life post-incarceration," the report noted. "He lost his vehicle, job and home; his son was forced to move and transfer schools and Balogun missed much of the first year of his newborn daughter’s life."

“It’s tyranny at its finest,” the 34-year-old told the Guardian. “I have not been doing anything illegal for them to have surveillance on me. I have not hurt anyone or threatened anyone.”