'You guys didn't have a plan!': The View's Whoopi Goldberg schools a flailing Meghan McCain on Iran 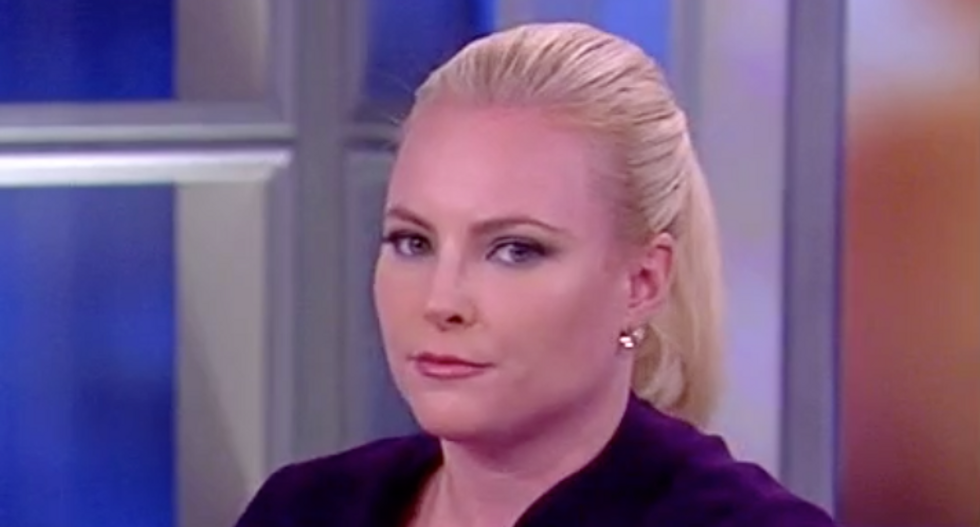 The View’s Whoopi Goldberg on Wednesday explained to Meghan McCain “how stuff works” after she tried to defend Donald Trump’s decision to withdraw from the Iran nuclear deal.

McCain said Trump may be making movement with North Korea because he and North Korean leader Kim Jong-Un are “crazy like a fox,” insisting unlike Trump, “global world leaders were not scared about President Obama.”

McCain recited a talking point about Obama’s so-called “apology tour,” prompting Goldberg to explain the former president “felt that he needed to do it because of how we had treated out allies.”

Sunny Hostin hit back that she considered Obama’s outreach efforts a “friendship tour.”

“Do we see anything happening here?” Behar asked. “It’s almost like I can’t believe anything he does because it seems to be based on a personal antagonism to Obama and a jealousy.”

“I don’t think that’s the case at all,” McCain hit back before listing off arguments against giving money to Iran. When Goldberg pointed out the United States has engaged in that conduct in the past, McCain shot back: “You know what, if we are as a show okay with giving money to the largest state sponsor of terrorism … if that is where we are at as America, it is absolutely heartbreaking.”

“Sometimes if your butt is about to get fried you have to make deals, and that’s kind of how stuff works,” Goldberg said. “It’s not that they had anything better to bring in. Everybody b*tches, but nobody has any, they didn’t have anything for Obamacare. We said, ‘What do you have?’—they didn’t have sh*t.”

McCain replied that the Iran deal was “Ben Rhodes’ idea of what America is like in a classroom.” When Hostin noted Iran was “complying” with the deal, McCain went off.

“I’m sorry it is difficult for me to sit here and accept that we should be funding terror!” McCain yelled.  “Here’s what’s hard for me to accept: you guys don’t have another plan!” Goldberg said. “You don't have a way to get Iran to comply.”