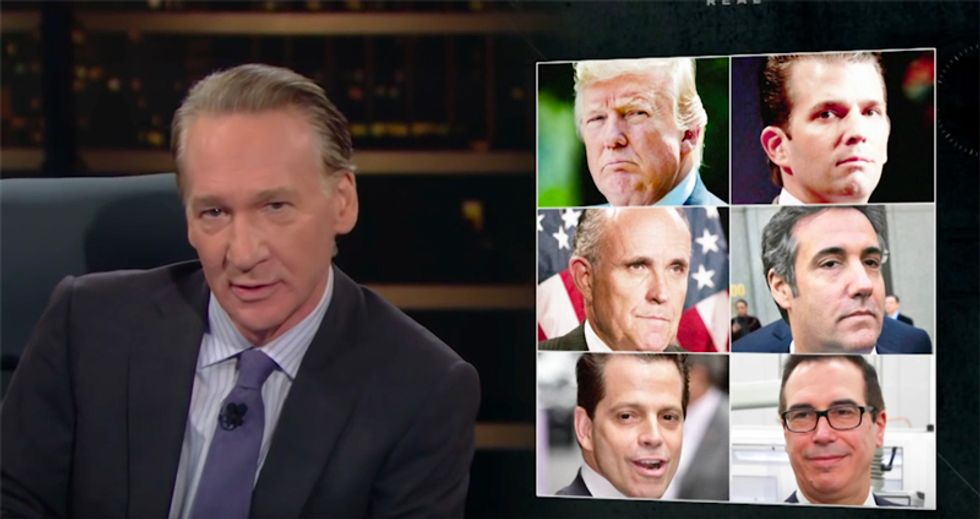 On Friday night, HBO host Bill Maher had a few things to say to voters in the heartland who fell in love with Donald Trump whose presidency is more "Goodfellas' and less "Camelot."

“What happened to your values? What happened to good manners and monogamy? You’re the ‘my word is my bond’ people. These guys lie just to stay in practice,” Maher lectured Trump's salt of the earth voters. “You’re all about an honest day’s work. Trump watches TV until noon. You’re frugal. They spend like identity thieves who’ve got a hold of your PIN number. You’re the stoics. Trump’s a whiny little b*tch.”

“People call this presidency a ‘reality show,' It’s more like a Scorsese movie,” Maher raged. “Everything Trump does is modeled on the mob. Who does Trump surround himself with? Disposable lawyers and idiot members of his own family. Who’s his worst enemy? The FBI.”

“And I must say, as someone who has never liked Donald Trump, even before he got into politics, his being president has been quite a revelation,” Maher remarked. “I always thought of him as an egomaniac and a blowhard. But I didn’t realize until this very year that he was a cheap hood all along, a common thug.”

Maher added Trump voters are getting what they deserve for “getting in bed with the mob.”