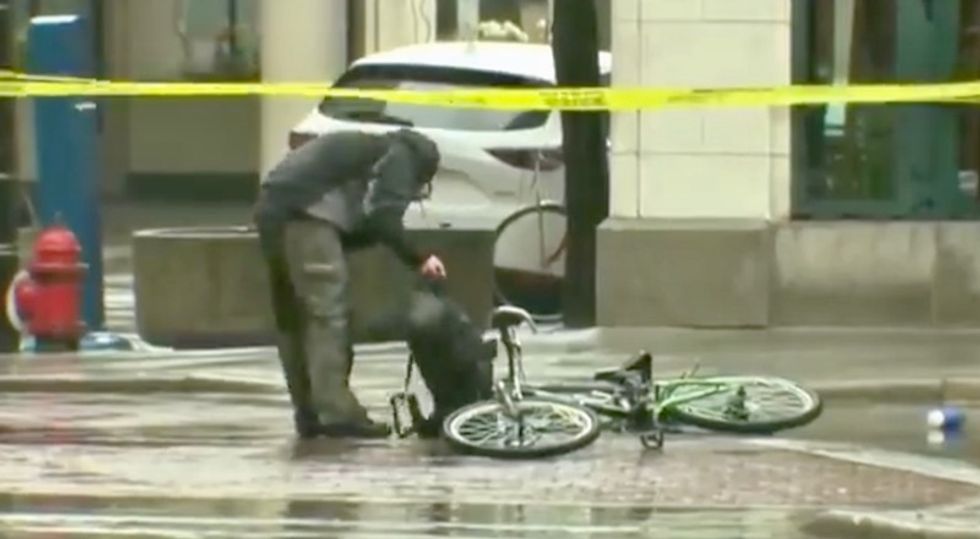 A frustrated Milwaukee man was detained after he proved cops were overreacting to a lost duffle backpack.

Police were conducting a time-consuming search of a suspicious package in downtown Milwaukee when a man broke through the perimeter tape and emptied the bag, presumably so everyone could get on with their day. Inside were a coat, water bottle and other items commonly carried by commuters.

After the man had finished their work for them, a group of three cops who had been too fearful to approach the bag ran up and tackled the man, knocking him to the pavement.