Hugh Hewitt: 'It is ordinary and routine' for presidents to tweet their own accomplishments on Memorial Day 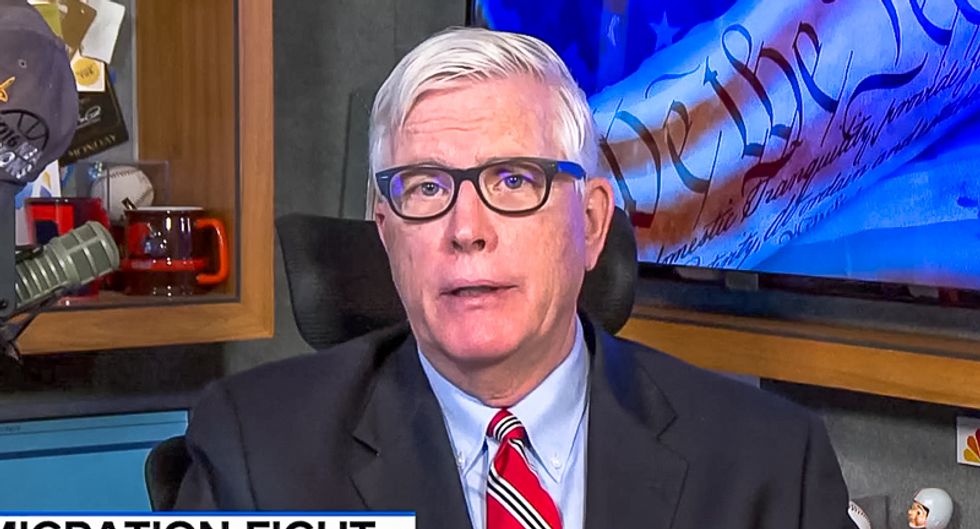 MSNBC contributor Hugh Hewitt defended President Donald Trump on Monday by asserting that it is "ordinary and routine" for people to tweet about their own accomplishments on Memorial Day.

In a Memorial Day message posted to Twitter, Trump praised himself for "how well our country is doing today."

While some criticized Trump for using Memorial Day to promote himself, Hewitt told MSNBC that the tweet was perfectly normal.

"The president tweets all the time," Hewitt opined. "I spent three hours with injured Marines in the Semper Fi Fund this morning. But I'm also tweeting about Cavaliers basketball... I think it is ordinary and routine for almost everyone to tweet about Memorial Day and how we honor the fallen, but also to tweet about other things."

"I'm not going to escalate into anti-Trump rhetoric over this," he added. "It is kind of common for him."

Hewitt argued that "90 percent" of all Americans oppose the way Trump is covered by the media.

"As opposed to, for example, finding something to compliment him about," the conservative radio host said. "And I don't think this tweet makes a lick of difference in anyone's opinion of Donald Trump today. Nor will anything because it's all baked in. He has successfully defined us in the media as his enemy and every time his base hears an anti-Trump story, they say, 'Well, there they go again.'"