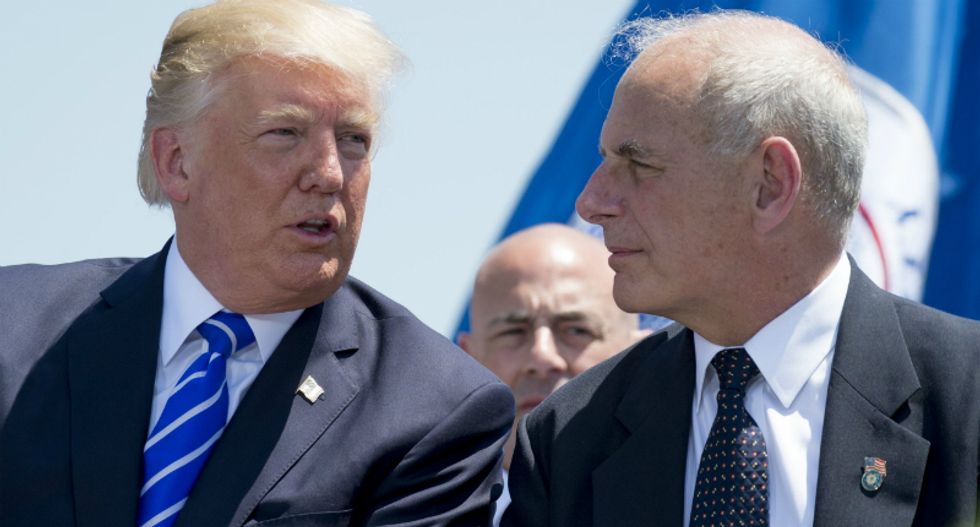 The president's relationship with Chief of Staff John Kelly was the subject of a bombshell NBC report yesterday, which cataloged the dysfunction inside the White House that's caused by deteriorating relations between Trump and Kelly.

The fact that Kelly calls Trump "an idiot" is what made headlines, but the reporter who broke the story said that Kelly "casting himself as the savior of the country" is causing all sorts of tensions and things may be reaching a breaking point.

"It was already shaping up to be an unsustainable situation," said NBC reporter Carol Lee. "The president and John Kelly—based on our reporting, there's a lot of tension there, there's distrust. They seem to have really tired of each other."

But the other part of the story is that the staff has also gotten sick of Kelly—partly because he bashes the president but also because of his self-righteous attitude about "saving the country." 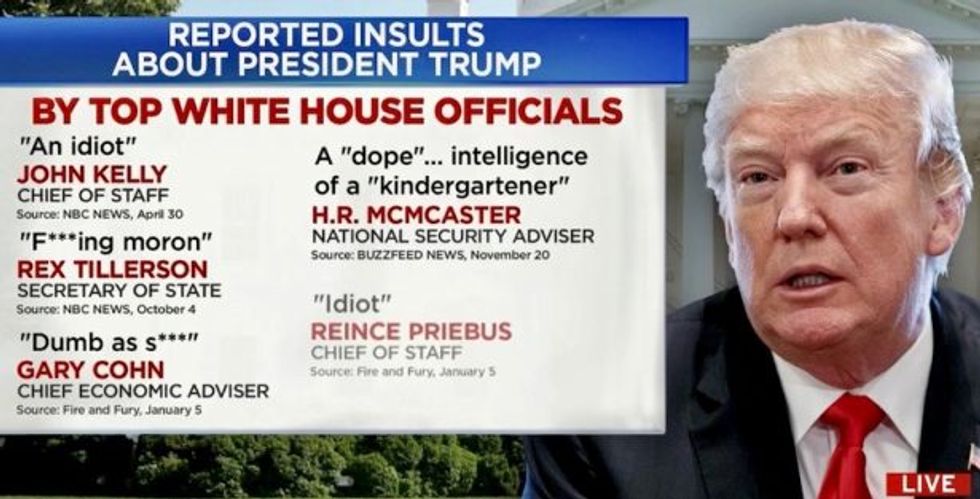 Kelly is not as organized or discreet, staffers say to reporters like Axios' Alexi McCammond, who was also on set.

"Everyone is sort of fed up and it's just chaos all around," McCammond said. "John Kelly is perhaps not the disciplinarian or straight shooter he claims to be."

When Kelly leaves—and the sources cited say it'll be by July—it'll add another line to a long list of bitter partings between the president and key staffers.

Many of those staffers have not been especially gracious—which you can see from NBC's list of "insults" delivered about Trump by former senior staffers like Rex Tillerson and Gary Cohn.