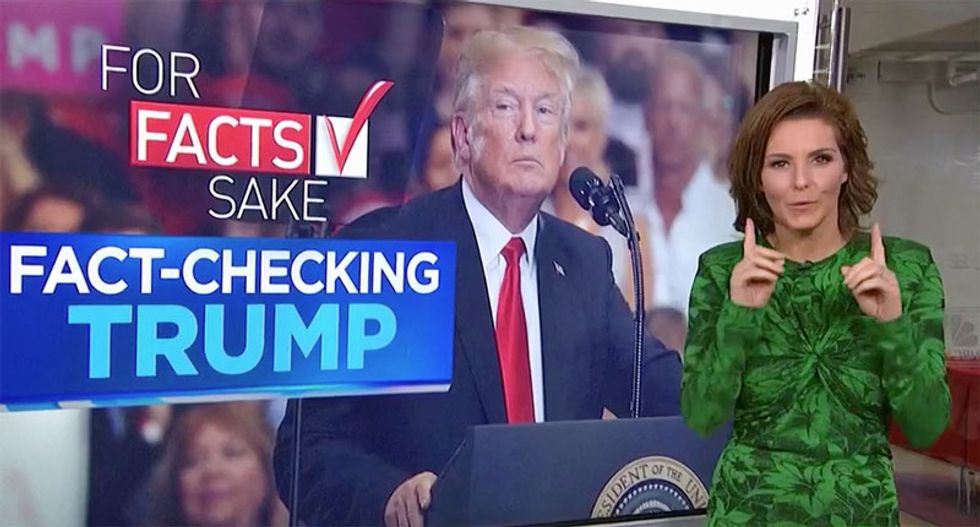 MSNBC anchor Stephanie Ruhle repeatedly used the word "lie" to characterize the claims that President Donald Trump made in a combative campaign rally in Tennessee on Tuesday.

"During a campaign rally in Nashville for Republican Congresswoman Marsha Blackburn -- running for Bob Corker's seat -- he told the crowd they need to turn out for the midterms or risk the safety of the nation," Ruhle noted. "He also defended his use of the word animals to describe gang members."

"He was in his element at that rally and he lied to the people in that arena and to America several times," Ruhle noted. "So for fact's sake, let's clear up a few things."

"This is classic Trump and the fact checking machine is working overdrive today, busting all of these lies that he told, but where is the Republican Party?" Ruhle asked. "Mainstream Republicans who watch that and listen to it?"

"There's no fake news media here, these are straight up lies the President of the United States told the American people," Ruhle continued.