'Interview over!': Fox News' Tucker Carlson ends interview after Dem calls him out for being more bothered by cursing than kids being shot 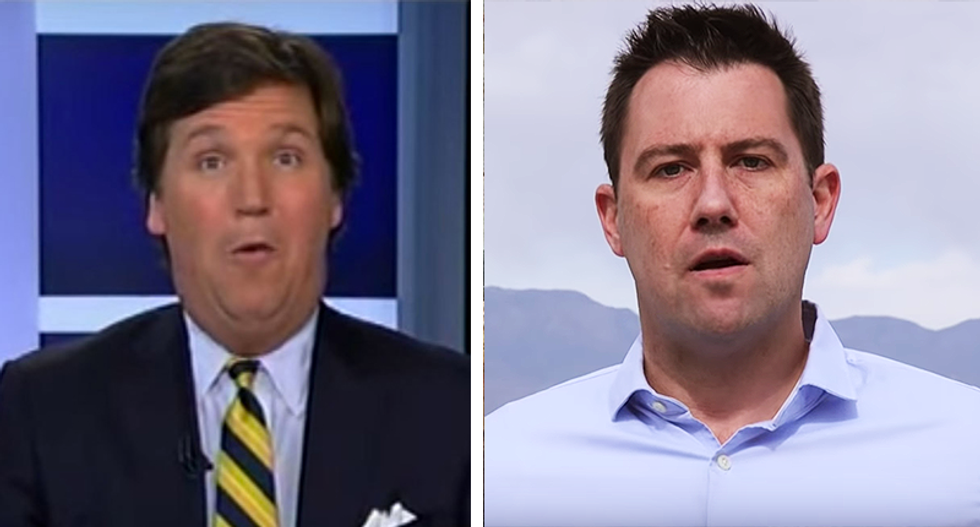 On Tuesday, the parents of two teen girls killed in the school shooting in Parkland announced that they're running for Broward County's school board. Their foray into politics marks the latest instance of grieving family members and survivors of gun violence contesting the National Rife Association's out-sized influence on the US political system. As many activists have pointed out, the gun lobby's power has cowed America's elected officials into merely offering "thoughts and prayers" after every massacre. Activists are sick of it and so are some Democrats running for office.

On Tuesday night, he appeared on Tucker Carlson Tonight.

"It started a whole other conversation about guns and I'm grateful for that," Davis replied.

"But ... doesn't it degrade you? You used the 'F-word' in an ad!?" Carson incredulously wondered.

"Being polite has not made our schools any safer ... it hasn't protected police officers like I used to be," Davis said, in reference to the fact that many officers are trained to fear that any suspect they approach might be armed.

"If a curse word on TV offends you more than pictures of dead children in Parkland or Newtown ... then your priorities are all wrong," Davis concludes.

The interview promptly disintegrated. Watch below: