James Clapper tells Rachel Maddow the president is illegitimate: 'Trump would not be president if not for' Russia 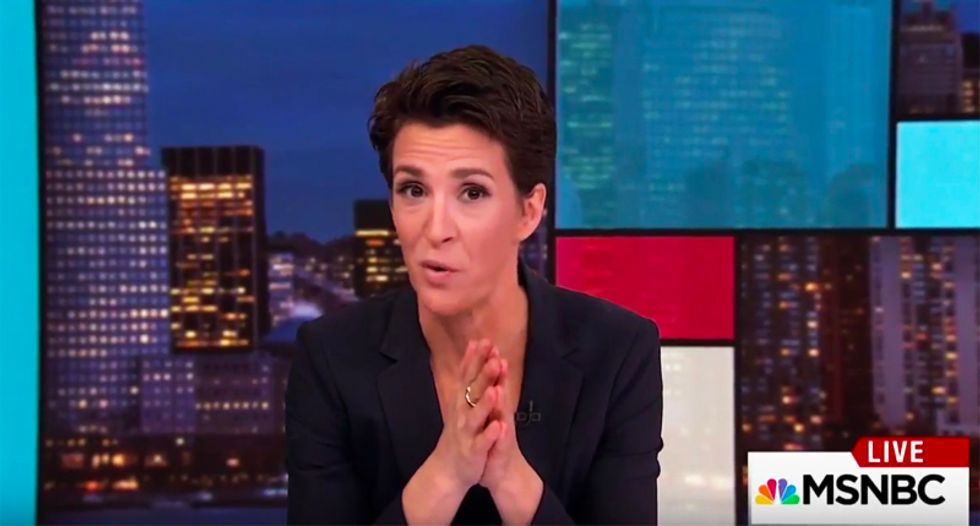 Rachel Maddow opened her show with an assessment of former director of national intelligence, James Clapper's book "Facts and Fears."

Maddow says that Clapper is ready to reveal all the insights into President Trump's White House.

"Now that he is out of government service and a private citizen, James Clapper is ready to say what he really thinks on that front and what he saw happen," she said.

While quoting his book directly, Maddow broke down the Russian investigation into the presidential election.

Clapper says he has "no doubt" that Russia swung the elections.

"He served as director of national intelligence for 6 1/2 years, including for the duration of the Russian attack on the 2016 election. He says that Donald Trump would not be president if not for that attack," Maddow said.