Kellyanne Conway: Mueller's probe is 'phoney baloney' because the word collusion has no 'legal significance' 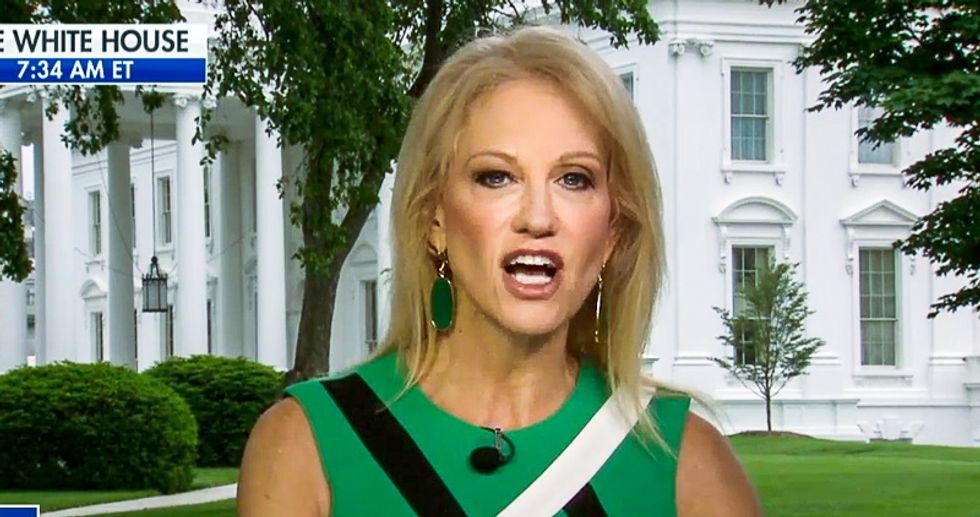 Kellyanne Conway, counselor to President Donald Trump, argued on Tuesday that special counsel Robert Mueller is conducting a "phony baloney" investigation into possible collusion between the Trump campaign and Russia.

During an interview on Fox & Friends, Conway complained that the media is still focusing on the 2016 election instead of the accomplishments of the Trump administration.

While the term "collusion" does not appear in U.S. statutes, it is often used as another word for conspiracy, which Conway did not address.

Minutes after saying she did not want to talk about the 2016 election, Conway turned the conversation to former Democratic presidential nominee Hillary Clinton.

"The other thing I wanted to mention to you while we're still on the 2016 election, Hillary Clinton -- or that person who lost the election and never should have -- she had said I'm going to put the coal mining out of business... [with] that usual scowl," Conway opined. "Guess what? President Trump has presided over 84,000 new jobs for loggers and miners."

Conway did not say how many of the new jobs are coal mining jobs.