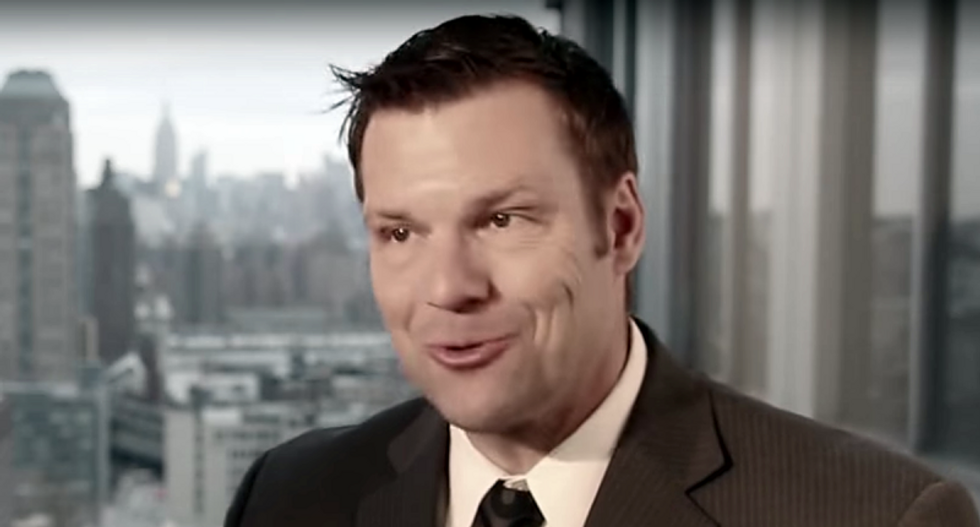 Kansas taxpayers are on the hook to pay Secretary of State Kris Kobach's fees for being held in contempt of court.

Kobach refused to comply with a judge's order over the state's voter registration law. So, U.S. District Judge Julie Robinson ordered Kobach to pay for attorneys fees for fighting the contempt motion, along with other fees. But according to the Associated Press, Kobach doesn't have to pay for his decision.

Lawmakers in the GOP-led House had hoped to force Kobach to personally pay for the fees, but dropped a provision in a bill that would have prevented state officials from using state funds to pay for contempt findings, court costs and attorneys' fees.

The Wichita Eagle reported that the provision was dropped after Kobach told Republicans in a letter that such a requirement would be illegal and the state would ultimately pay more money to defend the lawsuit he'd bring.

Next week it will be revealed what the total amount legal bills will be for the Kansas taxpayers, the Kansas City Star wrote.

Some Republicans aren't happy, however.

“You pay your own bills if you get yourself in that kind of trouble,” said State Rep. Russ Jennings.

Kobach's claim that the requirement to pay would be "futile," was refuted by The Star op-ed, which claimed that most lawsuits against Kobach are anything but. Indeed, it's almost always successful.

Kobach's second argument, that it would cost the state more money, also doesn't hold water as state attorneys are already paid for their work daily.

What the law would have done, however, is set up an awkward position where a state-wide officeholder would be running for governor while suing the state because he doesn't want to pay for his own mistakes in court.

"Kansans know the facts. Kobach faces a contempt citation because he thought he could outsmart a federal judge, and he failed," the op-ed said. "Now he wants everyone else to pick up the tab."