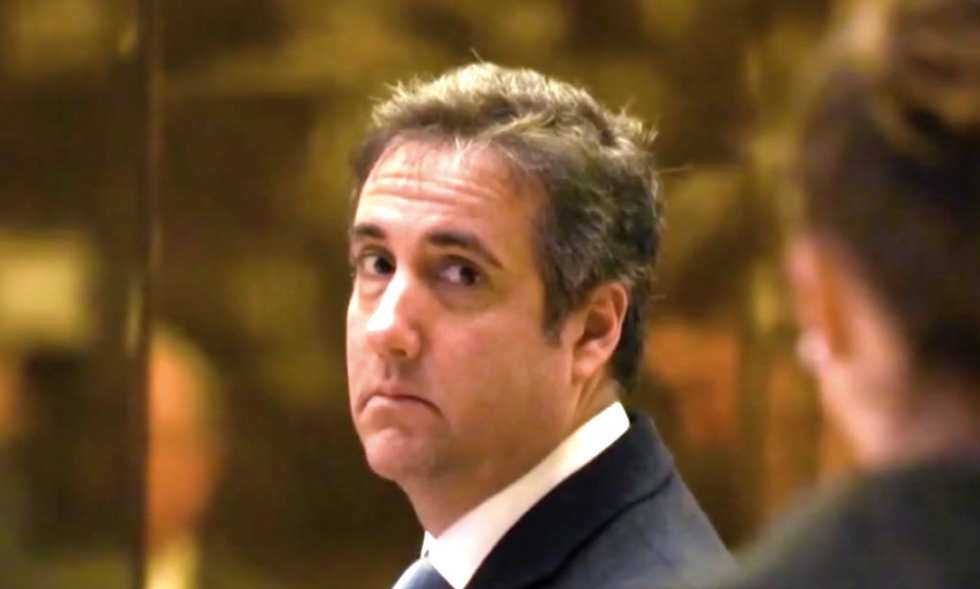 "What does news that Michael Cohen was wiretapped tell us about the investigation of him?" the former prosector mused. "Short answer: A lot."

Mariotti explained in layman's terms that the federal government obtains wiretaps when investigating "ongoing criminal activity." To obtain one, he wrote, "investigators had to convince a judge that Cohen would use the phone to communicate" about any criminal activity he planned on partaking in within the 30-day window of the wiretap.

Wiretapping is different from a search warrant, the legal analyst continued, based on the time frame investigators are looking into: search warrants deal with past crimes, while wiretaps are obtained to get information on crimes a subject plans on committing in the future.

4/ In contrast, the wiretap seeks the ability to intercept calls in the future. So the prosecutors had to convince… https://t.co/UNCYm4R30g
— Renato Mariotti (@Renato Mariotti)1525370626.0

Mariotti went on to explain that when prosecutors don't acquire wiretaps, they instead use "cooperators" to get information about a crime the subject is planning to commit. The knowledge that Cohen was wiretapped means investigators proved to a judge that Cohen was likely speaking to others involved in the criminal activity.

6/ That isn’t enough, though, because wiretaps require prosecutors to convince the judge that the wiretap is *neces… https://t.co/9pYjRYKUnl
— Renato Mariotti (@Renato Mariotti)1525371125.0

7/ So prosecutors also have to show the judge that Cohen used the phone to communicate with others who are part of… https://t.co/k5j7DedOdC
— Renato Mariotti (@Renato Mariotti)1525371386.0

"Wiretaps are difficult to get," the former prosecutor continued. "A normal wiretap has to be approved by a supervisor at the U.S. Attorney’s Office, then by special attorneys at the Justice Department, then by a Deputy Assistant Attorney General, and then by a judge. This one certainly got additional scrutiny."

Mariotti went on to elaborate on the uniqueness of the Cohen wiretap, noting that "it is highly unusual to wiretap an attorney’s phone because so many of the conversations could be privileged."

9/ Once a judge signs a warrant, calls are screened by monitors at the FBI. Each monitor listens and determines ear… https://t.co/Wj1fPkg3CR
— Renato Mariotti (@Renato Mariotti)1525371737.0

11/ It is highly unusual to wiretap an attorney’s phone because so many of the conversations could be privileged. A… https://t.co/QbMV3sTQTb
— Renato Mariotti (@Renato Mariotti)1525371942.0

Noting that wiretaps are typically at the "covert" or non-publicized stage of an investigation, Mariotti wrote that news of the wiretap makes the early April FBI raid of Cohen's hotel room, home and office all the more interesting.

"Prosecutors had to know that if they executed the search warrants, Cohen would be much less likely to talk on the phone about crime going forward," he wrote. "So why ruin their wiretap? Either they already had enough evidence to make their case, or they thought he would destroy evidence."

13/ For that reason, prosecutors who have a wiretap typically keep the investigation under wraps even if the person… https://t.co/n172JTJ7Oy
— Renato Mariotti (@Renato Mariotti)1525372314.0

15/ Prosecutors had to know that if they executed the search warrants, Cohen would be much less likely to talk on t… https://t.co/d3PLFjOCUf
— Renato Mariotti (@Renato Mariotti)1525372548.0

Whatever the government's plan was, the former prosecutor wrote, "is very bad news for Cohen."

16/ Either reason is very bad news for Cohen. So who told NBC News about the existence of the wiretap? My guess is… https://t.co/fdFJENJNPU
— Renato Mariotti (@Renato Mariotti)1525372815.0

UPDATE: NBC News posted an update to this story saying that three senior officials dispute the claim. They said that the feds monitored Cohen's phones through merely a log of calls called a "pen register," not through wiretaps.