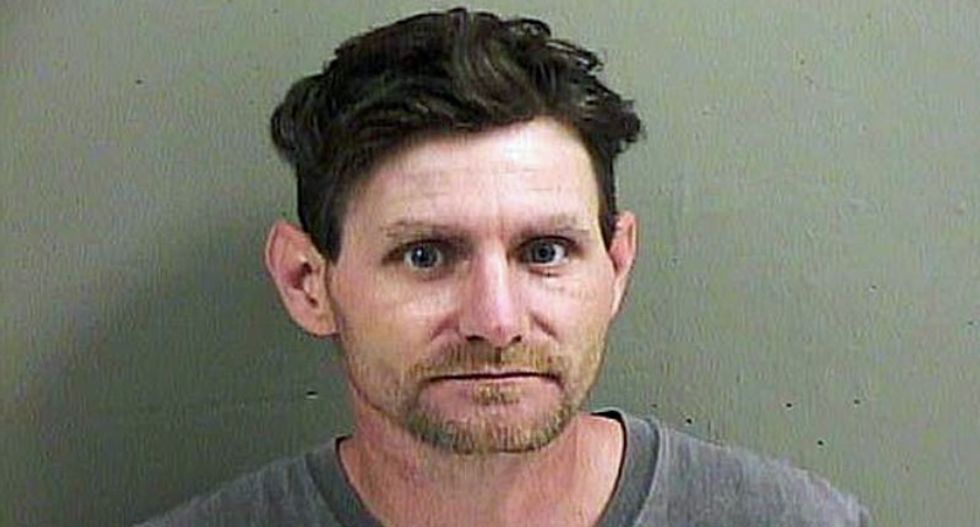 Police in Illinois arrested a Galesburg man on two felony counts of hate crimes after allegedly engaging in a racist tirade while ramming a car in a drop-off zone at the local high school, The Register-Mail reports.

The incident reportedly occurred at Galesburg High School at 7:39 a.m. on Thursday morning.

Qualls allegedly struck the woman's vehicle with his car and threatened her by saying "I am going to beat your *ss you n****r b*tch."

An off-duty Galesburg Police officer dropping off a student at the school reported hearing Qualls, who is white, yelling at a black woman.

The off-duty officer displayed his badge and asked Qualls what he was doing.

He reportedly responded "that b*tch n****r needs to learn how to drive."

After an on-duty officer arrived, the suspect continued referring to the black woman with the same slurs and expletives.

Qualls reportedly denied being racist, saying "he calls everyone a n****r, white, black and everyone else" the police report claims.

The woman worried she could "die" in the incident and "was visibly shaking and crying while talking to police more than an hour after the incident."

WGIL reports the police noted "the woman had a small child in the car with her, and that at one point she was in fear of for (sic) the safety of herself and the child."

Circuit Judge Scott Shipplett set bail at $25,000 and instructed Qualls to stay away from the high school if he is released from the Knox County Jail.