Matt Schlapp scurries when NPR asks about his wife who defended mocking McCain: The 'bigger issue' is leaks 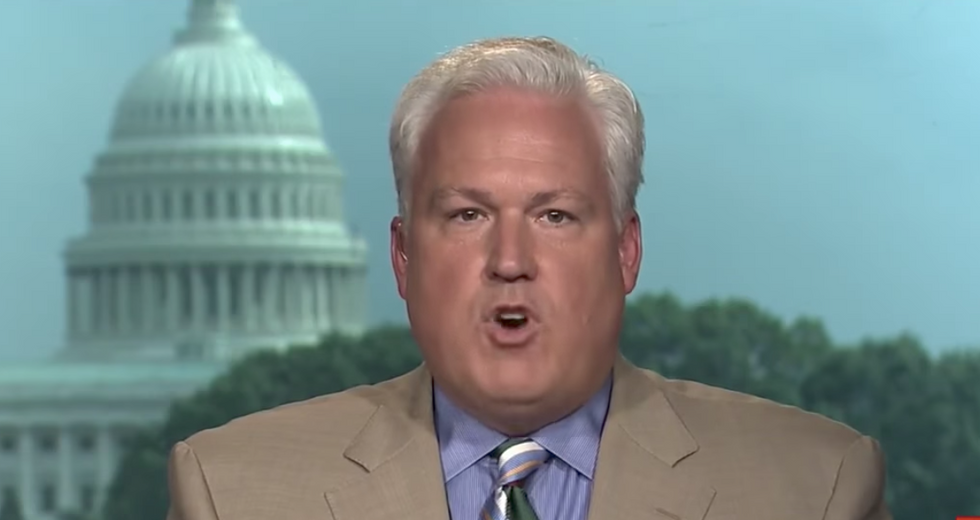 Conservative pundit Matt Schlapp argued on Monday that White House leaks are a "bigger" problem than the staffer who mocked Sen. John McCain (R-AZ) and his brain cancer.

During an interview on NPR, Schlapp was confronted about his wife, Mercedes Schlapp, the White House director of strategic communications, after she defended staffer Kelly Sadler's so-called "joke" about McCain dying. Sadler was quoted as saying McCain's opposition to Trump's nominee for CIA director doesn't matter because he's dying of brain cancer.

"In all candor, Kelly does report to her," Schlapp admitted. "And I think Kelly acknowledged that the words she used in this meeting were unfortunate and called Meghan McCain immediately to apologize."

Schlapp failed to note that McCain's daughter asked Sadler to publicly apologize but she has refused to do so. Instead, he argued that the "bigger issue" is that staffers are leaking details of White House meetings.

"The bigger issue the White House has is that they can't have confidential meetings without people on their own staff leaking it," Schlapp opined. "And that is a mortal threat to the success of this agenda."

In a separate Monday morning appearance on CNN, Schlapp argued that Sadler was the "victim."

“She showed character to immediately call to apologize, but she’s also a little bit of a victim here," he said. "The people who leaked what she said are clearly people who have an animus against her and that’s the problem in this White House."

Listen to the NPR interview below.