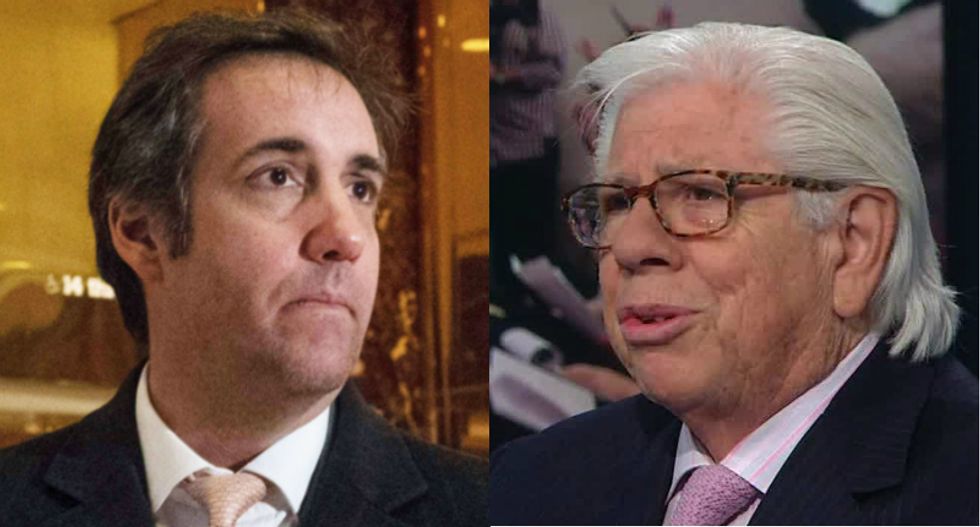 Immediately after the Wall Street Journal broke news that the president's longtime personal attorney Michael Cohen made nearly three-quarters of a million dollars in 2016 from his work for Donald Trump, veteran Watergate journalist Carl Bernstein offered his take on the revelation.

The payment — which likely accounted for Rudy Giuliani's bombastic claim that Trump personally repaid Cohen for the $130,000 "hush money" agreement with Stormy Daniels — has "all the appearances of a campaign slush fund to pay for nefarious acts that the candidate did not want known."

"The key to Watergate that really broke everything open was the discovery of a slush fund that was used for nefarious purposes that was meant to be hidden," the journalist who broke the story of President Nixon's wiretap and subsequent cover-up told CNN's Anderson Cooper.

"I don't wanna speculate on where this is gonna go or what it means," Bernstein continued, "but it is all part of a pattern that we are seeing in this investigation and why from the beginning Michael Cohen has been key to everything having to do with nefarious activities in the Trump campaign and also figures in the Russia investigation."