MSNBC panelist wants to know why ABC green-lit 'nasty crank' Roseanne: 'She has been doing this for years' 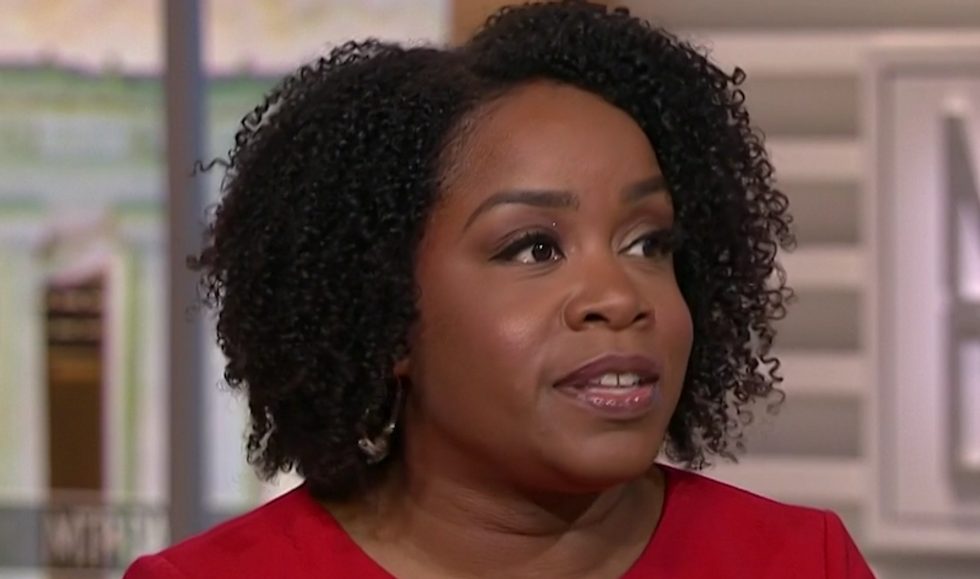 why did ABC cancel Roseanne so quickly?

It was the top-rated show on television, and the centerpiece of the network's fall lineup. And yet, just a few hours after the star made a disgustingly racist tweet, it was off the air, shocking producer Sara Gilbert (Darlene) and the rest of the cast.

MSNBC host Chuck Todd took on the subject Tuesday afternoon, pointing out that ABC is part of a vast media company that could have faced a major backlash with a boycott potentially hitting everything from next week's NBA finals to a possible Black Panther sequel.

MSNBC analyst Kimberly Atkins of the Boston Herald wanted to know why ABC would hitch its wagon to the problematic comedian to begin with given everything it has to lose and her long record of offensive statements.

"A lot of people—particularly people of color—in this country are wondering why that show got green-lit in the first place," she said. "This is not the first time Roseanne has made a really offensive comment. She has been pushing conspiracy theories. She has been doing this for years. So the fact that, in the beginning, this company chose this... we're going to put profits over politics for now, until they couldn't. And today was the day they could not."

Danielle Pletka of the American Enterprise Institute echoed those thoughts.

"This isn't new for Roseanne Barr—you go back and she was a star of Russia Today, the nasty, nasty conspiracy theory-peddling Russian network," she said. "She was on there years ago spouting off nasty crank stuff."