MSNBC's Joe and Mika rip Trump 'morons' running government like a scam: 'They are not smart people' 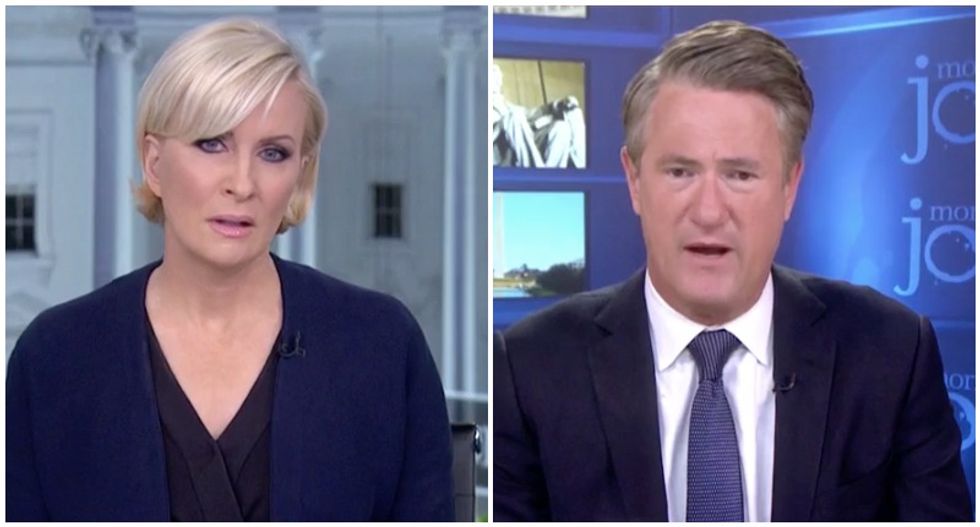 The "Morning Joe" hosts reacted Thursday morning to ongoing revelations about corporate payments to Trump's longtime attorney Michael Cohen to gain access to the president, and they ripped GOP lawmakers for looking the other way.

"The question of the morning, what is wrong with them?" Brzezinski said. "It's like the Republicans on Capitol Hill that keep shilling for President Trump, saying that he doesn't lie, he speaks in hyperbole -- seriously? Morons, I'll just say it."

Scarborough said their actions proved Trump and his allies were unintelligent.

"They are just not smart -- they are not intelligent people," he said. "They are not smart people. They bumble around. I don't mean to go back to Rudy Giuliani, talking about how intelligent he is, but who is dumb enough to go on the air, give three different accounts of an active case that the Southern District of New York is investigating."

Scarborough said their corruption was so brazen that it defied explanation.

"Look at Jared Kushner during transition, just blindly going around calling other companies, calling other countries, that they then sought investment from," he said, "and bumbling around without talking to lawyers. Calling Taiwan before you call China, and Trump not even knowing that that might be a problem because he just didn't know what he was doing."

Scarborough said every scandal Trump has encountered as president was self-inflicted.

"I can give you 1,000 different examples of how there was a combination of arrogance and stupidity," he said. "We're here where we are today with a special counsel in large part because of sheer ignorance, thinking that the federal government runs the way a crooked real estate operation in New York and New Jersey runs. I'm speaking of Trump's right now. It's just -- it's insanity."