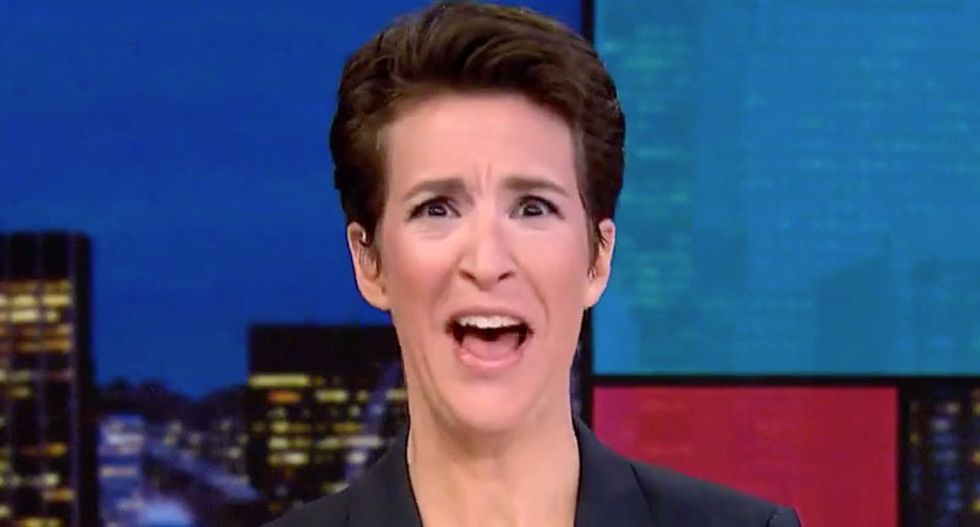 The White House created an uproar Monday night with an official statement from press secretary Sarah Huckabee Sanders, but it tried to tamp down the backlash later in the evening when it said the entire controversy was the result of a typo.

The issue began when the White House released a statement concerning Israeli Prime Minister Benjamin Netanyahu's Monday presentation, which claimed that Iran had conducted and preserved more extensive research on nuclear weapons before it signed the so-called "Iran Deal" with the United States.

Citing the evidence Israel obtained, the White House said in a written statement, "Iran has a robust, clandestine nuclear weapons program that it has tried and failed to hide from the world and from its own people."

As MSNBC's Rachel Maddow noted, that statement went far beyond the evidence Netanyahu presented, and it echoed President George W. Bush's false claims that Saddam Hussein had weapons of mass destruction before the Iraq War. She noted that such a bold declaration of Iran's nuclear capabilities would be very close to a declaration of war on Iran.

But later the evening, the White House changed the statement as it appears on the White House website, replacing the word "has" with "had," reflecting the fact that Iran does not now appear to have a nuclear weapons program. The White House did not, however, send out an official correction to the journalists who receive the statements by email or formally acknowledge that a mistake had been made.

Maddow noted that a White House official called the mistake a "clerical error."

"Boy howdy, is that one 'robust' clerical error!" Maddow said.

How a robust "clerical error" put the U.S. on the brink of war with Iran for an hour or so.#HAD pic.twitter.com/PMRagXZH55