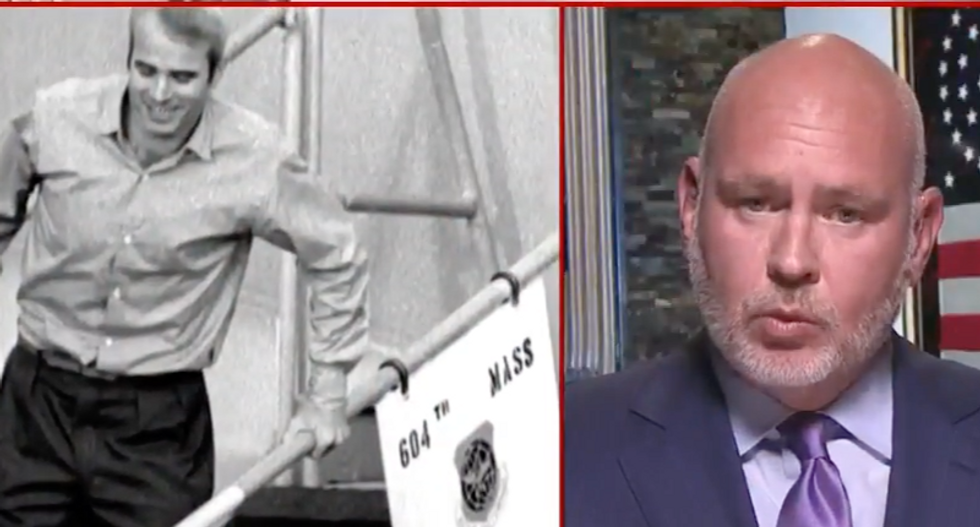 Republican strategist Steve Schmidt took a moment on MSNBC to remind America about the legacy and character of John McCain.

In an interview with MSNBC's Nicole Wallace, Schmidt said that McCain has been serving this country since he was 17-years-old.

"John McCain is an imperfect man. He has many flaws. He'll be the first to tell you. But he has always loved America perfectly," he said.

He also noted the reasons why President Trump won't be invited to his funeral, and it has a lot to do with his character.

"We should not fall out of our chairs that a vile person like Kelly Sadler works in this corrupt and vile administration," Schmidt said. "We see it every day. But when we look at why Donald Trump isn't going to be invited to John McCain's funeral, it's because of how they have lived their lives. John McCain's life was honorable. It was about service to others. It was about reconciliation."

He then went on to bash the president. Schmidt said that President Trump is unworthy to even comprehend the legacy and honorable life that McCain has lived.

"[A] president who is unworthy to say his name out loud. A man who is small and vile and mean and cruel and narcissistic, a man who is a coward, a man who dodged the draft, a man profoundly unworthy, unworthy enough that he can't even understand at a conceptual level the meaning of John McCain's life."

He added that not a ton of people even see President Trump as a role model.

"I don't think there's a lot of parents out in this country today who are saying, I want my kid to grow up like Donald Trump," Schmidt said.