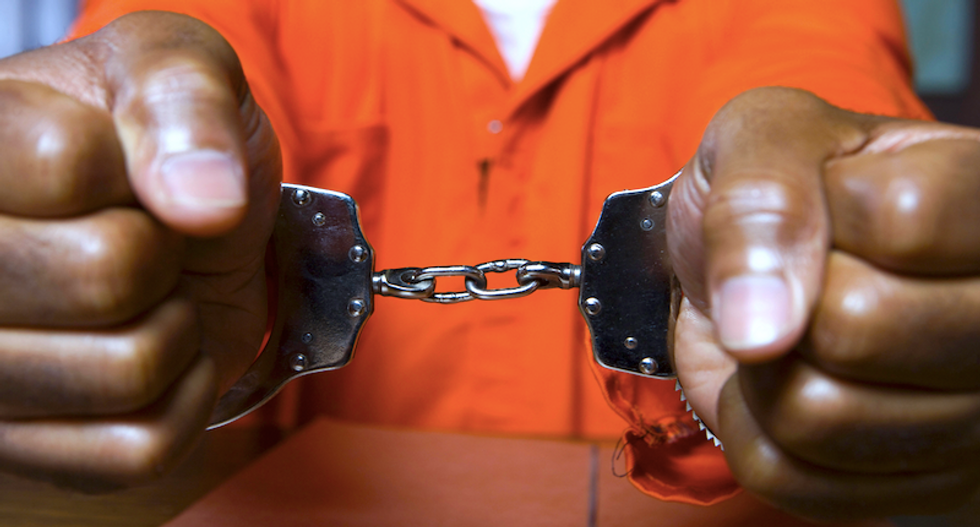 When discussing the recent spate of white people calling the police on black people doing normal things like grilling or napping, two neo-Nazi podcasters suggested listeners lie to police and tell them random black people have guns as a "prank."

The Angry White Men blog that focuses on the alt-right reported Wednesday that hosts Spectre and Lauritz von Guildhausen of the "Third Rail" podcast discussed the merits of framing black people for crimes they didn't commit.

"Should you find yourself in a nice shopping mall, high-end store, and you see a black person, kinda mosey over to the security guard and say, ‘I think I saw that lady put something in her purse,'" Spectre suggested.

He went on to posit that "if you see two or three of ’em gathered on a street corner and you see a cop, just kinda walk up to ’em and say, ‘Hey, I don’t know if it was a gun but I think I saw one of those guys had a gun.'"

Von Guildhausen replied that because their cherry-picked police statistics reportedly show that a third of "Africanized individuals" are guilty of crimes, directing police to black people who hadn't done anything wrong is tantamount to "giving police the permission they need to thwart crime."

You can listen to the neo-Nazis discussion of the supposed "prank" below, via Angry White Men: