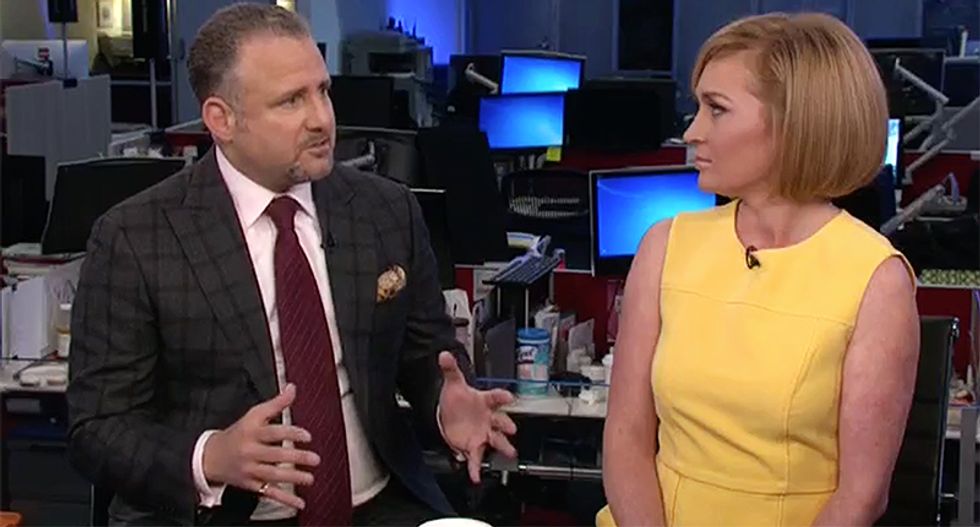 President Donald Trump has a tough time keeping staff around and the latest news is that he's having trouble with chief of staff John Kelly. NBC reported Monday that Kelly called Trump an "idiot" and outlined the ongoing problems in the West Wing.

Political Analyst David Drucker cautioned that Trump has a tendency to blow through people and staffers.

"No marriage lasts with Trump," he told CNN hosts John Berman and Poppy Harlow. "By the way, another piece of that NBC story, that Kelly had to almost talk the president out of withdrawing our troops from the Korean Peninsula and just calling it quits."

Harlow cut in to fact-check Drucker, noting "this president is still married. What is it -- 10 years?"

"His marriage with Kelly," Drucker qualified.

In an earlier discussion, Drucker argued that the questions special counsel Robert Mueller wants to ask Trump did not come from the president's legal team. However, given the way the president is prone to call people or reach out for affirmation, it's reasonable to assume the questions could be spread around "Trump world."

"Trump stands the most to benefit from a leak because you can then try to attack the Mueller team for double dealing and not trying to run on aboveboard investigation and it allows the president then to get out a narrative that they're on a fishing expedition," Drucker explained.

Trump's former biographers outlined the problems dates back to his days as a hopeful casino mogul, and now it extends into the White House.

“At about the time Trump was pursuing his casino developments, he opened Trump Airways,” Michael d’Antonio recalled. “He burned through executives there.

Art of the Deal co-author Tony Schwartz witnessed the same.

“People are not people to him, they are instruments of his ego,” Schwartz, told The New York Times. “And when they serve his ego, they survive, and when they don’t, they pass into the night.”