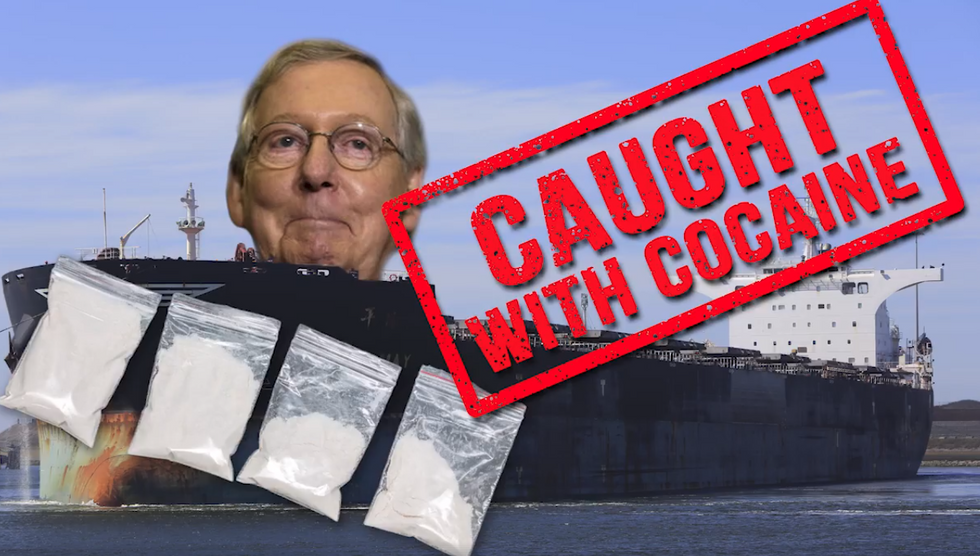 In a new ad posted on his Facebook page, Blankenship once again refers to McConnell as "Cocaine Mitch," and hints that his ambitions to run for the Senate are still very much alive.

"Cocaine Mitch's family shipping business was caught with cocaine aboard one of their ships," the ad said, referring to the fact that 40 packages of cocaine were found in 2014 aboard the Ping May, a bulk carrier owned by the Foremost Group, the company founded by McConnell's father in law, James S.C. Chao. "That's not funny to loved ones who have lost family members to cocaine overdose deaths. It's only funny to those that make money by shipping and selling cocaine."

Even though cocaine was once found on a Foremost ship, no charges were ever filed against the company and no evidence has ever emerged to tie the cocaine's presence on the ship to McConnell himself.

After falsely implying that McConnell is a drug dealer, the ad then says that Blankenship "has not quit playing" yet as a caption that reads "It's not over" flashes across the screen -- which might mean that he has further plans to upend the West Virginia Senate election.

This might be difficult for Blankenship to achieve, however, because West Virginia has "sore loser" laws that prevent party primary losers from running as independents in general elections.