'There is nothing sadder than a former reality star': Creator of reality TV explains Trump's rapid decline into a 'thirsty b*tch' 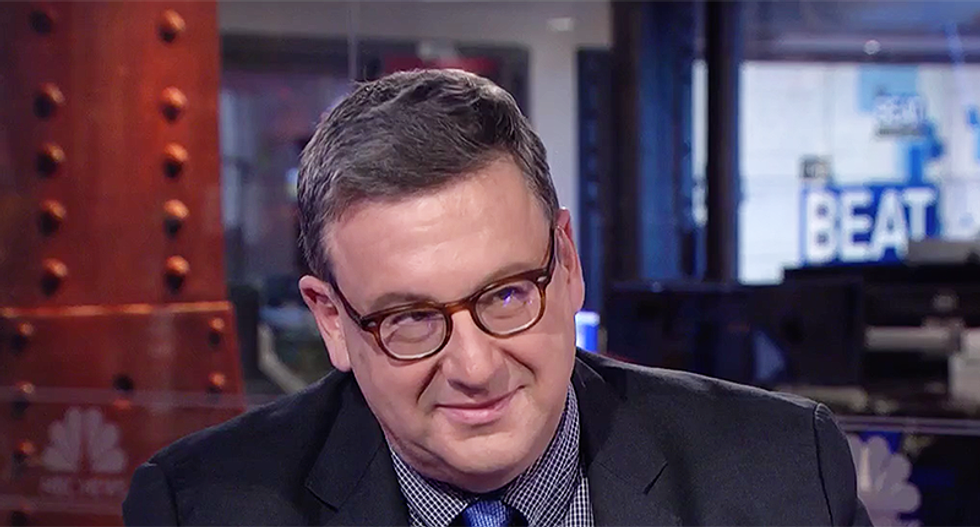 During a Thursday panel discussion with MSNBC's Ari Melber, reality TV creator Michael Hirschorn, the host noted that President Donald Trump took an important event for America and turned it into something about himself.

"Donald Trump was involved in a good thing that he turned into a really weird thing," Melber said introducing the segment.

He played Trump's comments about the three American hostages released by North Korea and how he made it about how he caused high ratings for cable news shows at 3 a.m.

"Come on," Melber responded. "We call that not sticking the landing. Donald Trump standing next to three people who literally, let's be real about what they were going through, literally didn't know if they'd ever get home again, and if they would live through their ordeal. And he turned it immediately to TV ratings. This is, of course, as everyone has said, a reality TV presidency and ratings appear to be part of how he measures his job."

"So, in my old VH1 days, they would have called him a thirsty b*tch," he said before spelling out the word. "Just a little bit try-hard. And I think a really smart producer would not actually describe what he's doing. He would just accept the ratings and move on. So, I find there's a little slippage in Trump's reality TV."

Hirschorn explained that when he says "thirsty" he means Trump, as a reality TV star, is approaching the presidency like a celebrity and not as someone who recognizes his real-world implications.

Melber noted that the mask seems to be dropping and Trump is speaking "back stage" as he would about ratings rather than as a president or a leader.

"Right, it's the classic Trump administration malevolence tempered by incompetence," Hirschorn said. "So, we hope that will save us."