Novartis says it paid Michael Cohen $1.2 million for one meeting -- then concluded he was useless 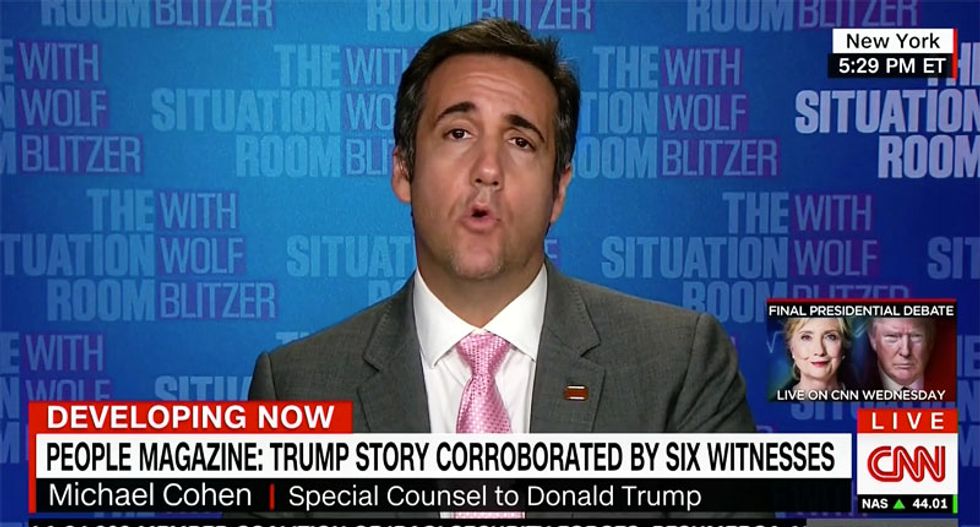 Pharmaceutical company Novartis has now shed more information about what it got in exchange for paying $1.2 million to Essential Consulting, the LLC operated by President Donald Trump's "fixer" Michael Cohen.

In a statement given to NBC News' Tom Winter, Novartis said that it agreed to pay Cohen $1.2 million and had a total of one meeting with him before it then concluded that he would be "unable to provide the services that Novartis had anticipated related to U.S. healthcare policy matters."

As to why it agreed to pay out that much money for only one meeting, the company said that "as the contract unfortunately could only be terminated for cause, payments continued to be made until the contract expired by its own terms in February 2018."

Novartis CEO Vasant Narasimhan met with Trump back in January while the president was attending the World Economic Forum in Davos, Switzerland. During that time, his company was still making payments to Cohen related to their meeting.

Novartis also confirmed that special counsel Robert Mueller had questioned it about its payments to Cohen's LLC late last year, before any such payments were publicly disclosed.