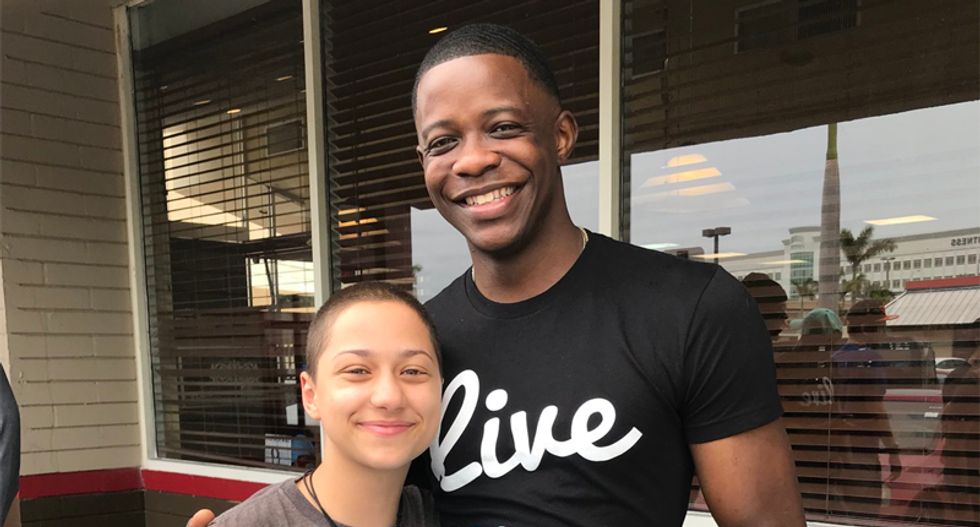 With hugs and Twitter posts, the man who wrestled an AR-15 rifle from a mass shooter at a Nashville restaurant in April met with more than a dozen survivors of the school shooting at Parkland, Fla., for a cheap breakfast in Miami on Saturday.

James Shaw Jr., a 29-year-old electrician, became a media star after overpowering a gunman who killed four people at a Tennessee Waffle House outlet in Nashville to save the lives of more customers.

Shaw has eschewed accolades for his actions, but used his national profile to raise money for the funerals of those killed and to help people recovering from their wounds.

“I met one of my heroes today,” Shaw tweeted along with pictures of himself with a Parkland student, at a Denny’s restaurant in Miami.
He found common ground with the teenaged survivors of the shooting at Parkland’s Marjory Stoneman Douglas High School, where 14 students and three teachers were killed by a gunman on Valentine’s Day in February.

The youths formed a national movement called ‘March For Our Lives’, which has challenged lawmakers and criticized the National Rifle Association’s resistance to new gun control laws.

The NRA has pushed back against the students declaring that they have “confused Americans” over Constitutionally protected gunrights.