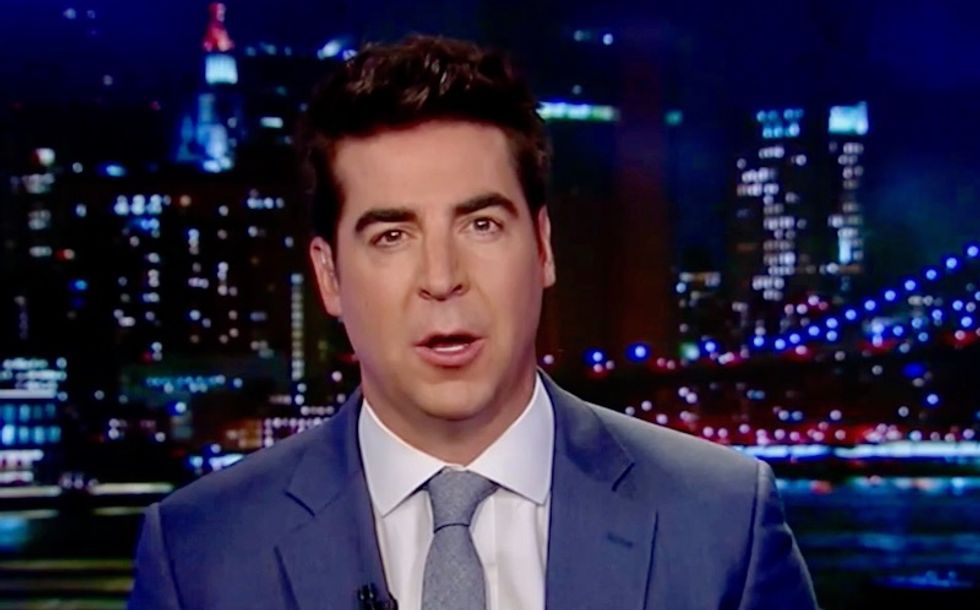 After spending the last few weeks complaining about how much air time Stormy Daniels gets, host Jesse Watters decided to get more aggressive and take some shots at her very sharp attorney.

Watters found business records which showed Avenatti owed money for several businesses. He decided to take a very bold tact, and accuse the lawyer of being broke and desperate—potentially defamatory statements.

"So the guy's broke, so I think this may explain this crusade he's on—he's trying to get out of this financial hole, looking for publicity and money," Watters said.

Watters then turned to Mark Penn, a former pollster for Bill Clinton who has turned to "digital marketing" and supporting Trump.

Watters later described Avenatti as "a fraud" citing the fact that the lawyer was involved in lawsuits.

If Watters has defamed Avenatti by calling him a fraud and alleging dirty business dealings it would be bad news for the host, who is facing a divorce after he cheated on his wife with a 25-year-old junior employee.

Penn wisely declined to join Watters in speculating about Avenatti's financial status. Instead he asked a lot of leading questions.

"How did he get Treasury records?" Penn asked. "Where did he get them? has he committed any illegal acts in getting them?"

Avenatti, who has been prescient in his predictions, has not yet been busted in a falsehood—while Trump has told 3,000 verifiably false lies during his presidency, or 6.4 lies a day.

"Normally you have to state what your real interests are," Penn said with no hint of irony given that even a Fox News ethics analyst has bashed Sean Hannity for not disclosing his ethical lapses regarding Michael Cohen, while the network's top-rated host has not faced any publicly disclosed discipline.

Neither man could figure out how Avenatti got the documents he released last week and suggested it could have been illegal.

Legal analysts have explained that these documents could come from the discovery process in the Stormy Daniels lawsuit.