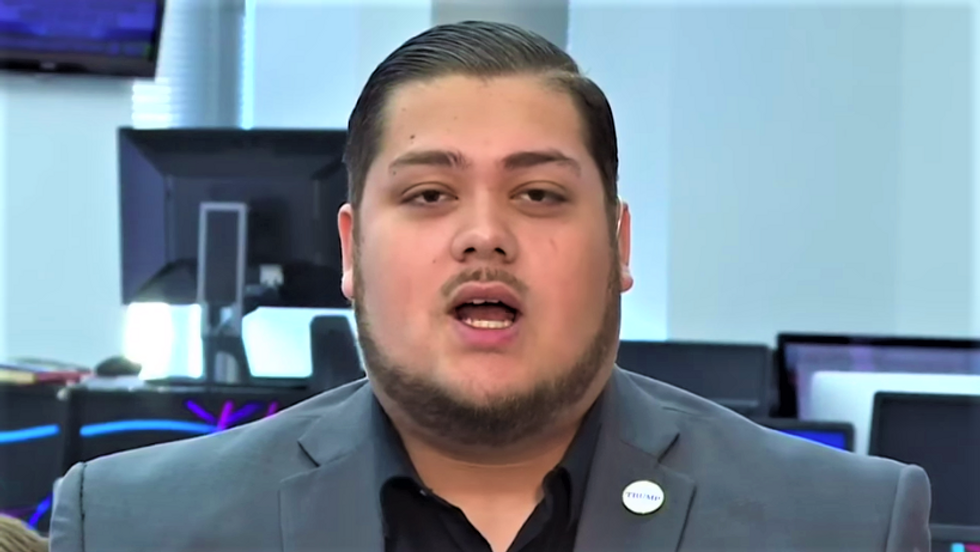 Juan Pablo Andrade, a longtime Trump supporter and a policy adviser to the pro-Trump organization America First Policies, was caught on camera praising the Nazis while he was attending a conference held by right-wing organization Turning Point USA.

The video, which was obtained by Mediaite, shows Andrade sitting at a table and saying his one complaint about the Nazis was that they "didn't keep f*cking going."

Mediaite says that it's unlikely that Andrade was simply making a tasteless joke either, as he was in the room surrounded by figures from the "alt-right" white supremacist movement.

"While it may seem odd that a political figure tied so closely to the Trump administration felt the freedom to endorse Nazi genocide on-camera, Andrade did so in distinctive company," the publication reports. "Also in the hotel room was a close friend of Andrade’s, Cæsar Svbervi, an alt-right activist who participated in the Charlottesville white supremacist march and has been filmed with Richard Spencer."

Sources with knowledge of Turning Point USA's operations tell Mediaite that Svbervi at one point was added to a "black list" of activists that were to be kept away from its conferences to avoid stirring up unneeded controversy. However, the organization later scrapped the black list entirely "in an effort to boost attendance numbers."

Read the whole story -- and watch the video of Andrade praising Nazis -- at this link.