‘Where are the preachers of America?’: Evangelical leaders slammed for hypocrisy of Trump support 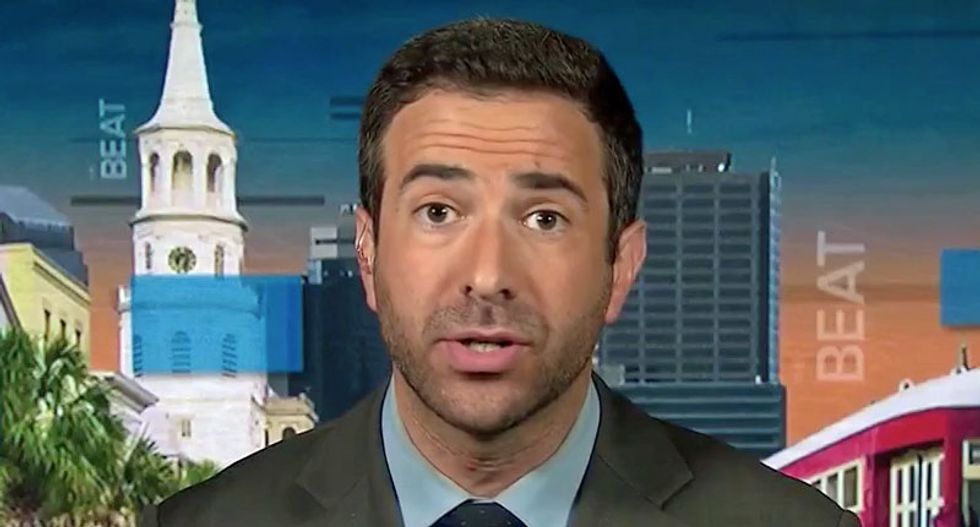 Former New York Times White House correspondent Howell Raines, who rose to executive editor of newspaper, called out the evangelical community during a Friday appearance on MSNBC's "The Beat with Ari Melber."

"I want to ask you about the negative space in the painting, the thing that's not happening -- that we are always told would happen -- because the Christian right and the conservative values organizations and the evangelical right cared deeply about the personal behavior of politicians and especially the president," Melber observed.

"The president now has squarely admitted to paying this woman in direct connection to the allegations of this extramarital affair," the host continued. "I ask you for your view of why we're not hearing any outrage for any of those groups affiliated with Donald Trump and the Republican Party."

"Where are the preachers of America when morality is legitimately at the center of our national life?" Raines wondered. "I think Director Comey was correct today on CBS when he said this is about values and supporting our institutions and it's imperative that Americans who believe in the normal political process and the rule of law start speaking out."

"That's what's missing in the picture to me," he concluded.