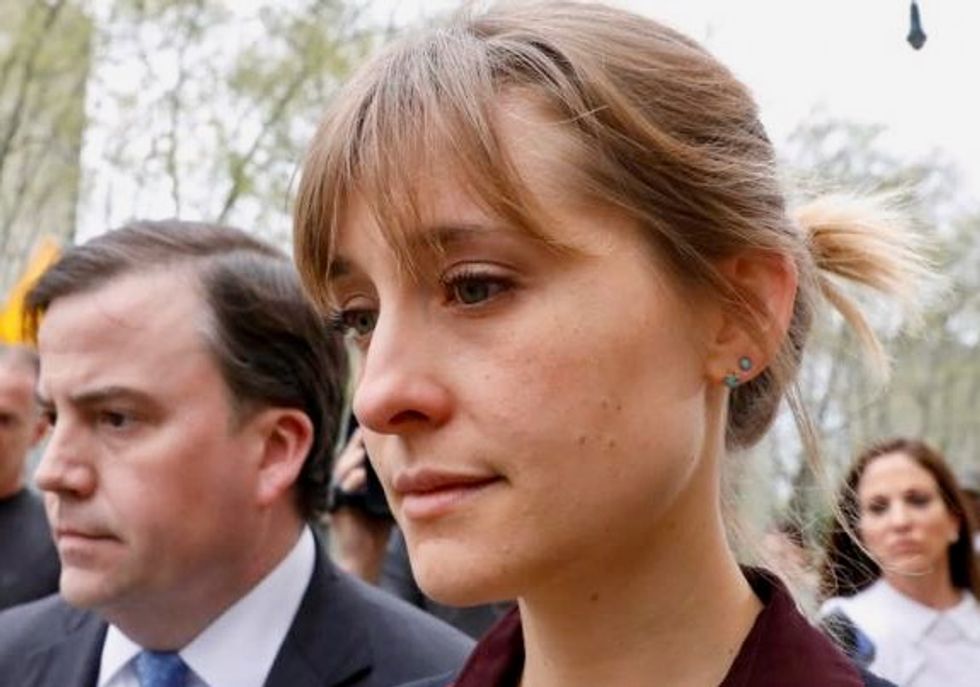 Actor Allison Mack, known for her role in the TV series 'Smallville', exits with her lawyer following a hearing on charges of sex trafficking in relation to the Albany-based organization Nxivm at United States Federal Courthouse in Brooklyn, New York, U.S., May 4, 2018. REUTERS/Brendan McDermid

A federal prosecutor in Brooklyn said Friday more people are expected to be charged in a sex-trafficking case, in which self-help guru Keith Raniere and actress Allison Mack are accused of running a secret society where women were branded and treated as slaves.

“We anticipate that there will be additional charges and additional defendants in this case,” Assistant U.S. Attorney Moira Kim Penza said at a hearing before U.S. District Judge Nicholas Garaufis in Brooklyn federal court. Penza said a superseding indictment could be filed within the next month.

Garaufis scheduled a trial in the case for Oct. 1.

Raniere, 57, has been in jail since he was arrested in Mexico in March.

His lawyer, Marc Agnifilo, said at Friday’s hearing that he planned to ask Garaufis to release Raniere on bail. Penza told Garaufis prosecutors would not consent to any bail conditions.

Mack, 35, known for her role in WB Television’s “Smallville” series, was arrested in April and is living with her parents in California under house arrest.

Prosecutors have accused Raniere of running a secret society within his Albany-based organization Nxivm (pronounced “Nexium”), in which women were branded with his initials, put on extremely restrictive diets and ordered to have sex with him.

Upon joining, members were required to provide so-called “collateral” that could be used against them if they tried to leave, including compromising information about family and friends, nude photographs and rights to their assets, according to prosecutors.

Nxivm on its website calls itself “a community guided by humanitarian principles that seek to empower people and answer important questions about what it means to be human.” Women recruited into Raniere’s secret society were promised it would empower and strengthen them, prosecutors said.

Penza said Friday that authorities had seized a large number of electronic devices and records associated with Nxivm and expected to begin turning them over to the defendants later that day. Agnifilo said he believed the case would depend more on witnesses than written evidence.

“At the end of the day this is a case about consent and it’s about the circumstances that existed between people,” he said.

Penza said prosecutors were open to plea discussions with the defendants, but Agnifilo told reporters after the hearing that Raniere planned to go to trial. Agnifilo said he expected to prove that everything described by prosecutors was “utterly consensual.”