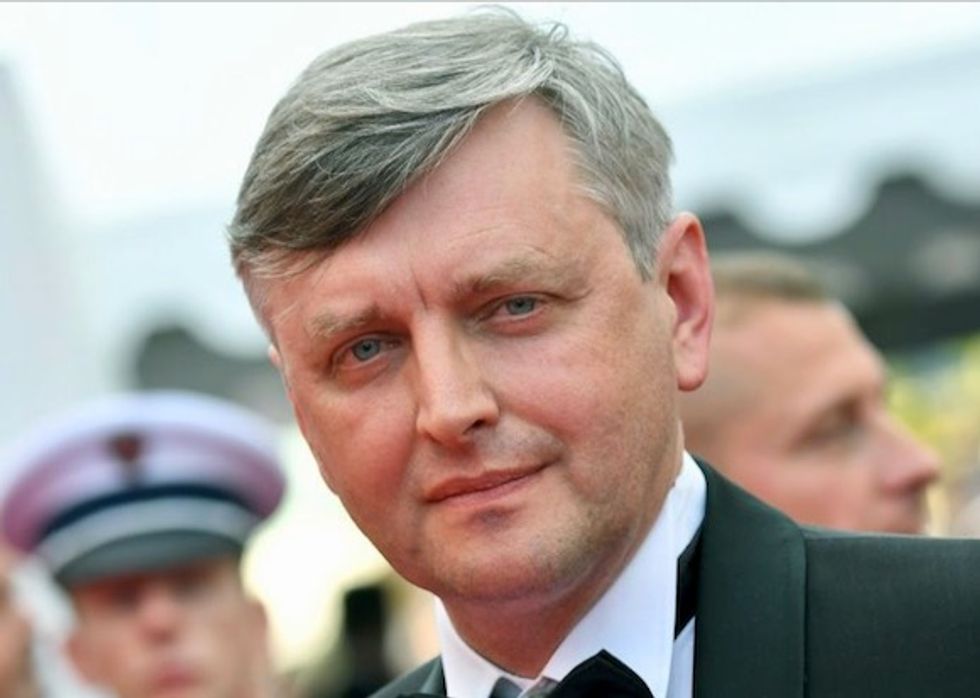 Russian President Vladimir Putin was accused Thursday of returning his country "to the Middle Ages" by the director of a new film at Cannes about the bloody conflict in eastern Ukraine.

Sergei Loznitsa -- whose movie "Donbass" focuses on the war there -- also spoke up in support of Palme d'Or contender Kirill Serebrennikov, who missed the premiere of his movie Wednesday because he is under house arrest in Moscow.

"Leto" has garnered the most ecstatic reviews of the festival so far, being hailed as a "Russian 'Trainspotting'" by critics.

"You can only have sympathy for Serebrennikov, especially given that this situation depends only on the will of one man," Loznitsa told AFP, referring to Putin.

"It's as if we've returned to the Middle Ages where one sovereign decides everything," said the director, who comes from a Russian-speaking family in Ukraine.

"When I think of Putin, I also think of Shakespeare's Macbeth," Loznitsa said in reference to one of literature's most famous villains, a once-brave warrior who was corrupted by ambition.

His hard-hitting film, "Donbass", is set in the brutal conflict between government forces and Russian-backed separatists in eastern Ukraine amid a "post-truth" world dominated by fake news.

Loznitsa, a Cannes veteran whose previous film "A Gentle Creature" was in the race for the top Palme d'Or prize last year, said he felt compelled to make the film because of "the world crumbling around him".

"My main concern and my main subject is the particular type of human being, which is produced by a society, where aggression, decay and disintegration rule," the director said.

"The information war waged by Putin's Russia uses all of the most efficient and modern technical means available to influence attitudes around the world, to hammer home one truth as the truth."

Loznitsa is treated as a national treasure in Ukraine after making some two dozen documentaries and films that have brought him international renown.

His documentary "Maidan" about Kiev's bloody pro-EU revolution premiered at a special Cannes screening in 2014.

At the time, Loznitsa made a point of refusing to speak with the Russian media on the red carpet.

The Berlin-based filmmaker said his latest work only saw the light of day because it was made outside of Russia.

Serebrennikov's "Leto" -- a biopic of the Soviet-Korean rock legend Viktor Tsoi -- received a standing ovation after its premiere.

A seat was left symbolically empty in the cinema for the filmmaker, who has been under house arrest on embezzlement charges since last August.