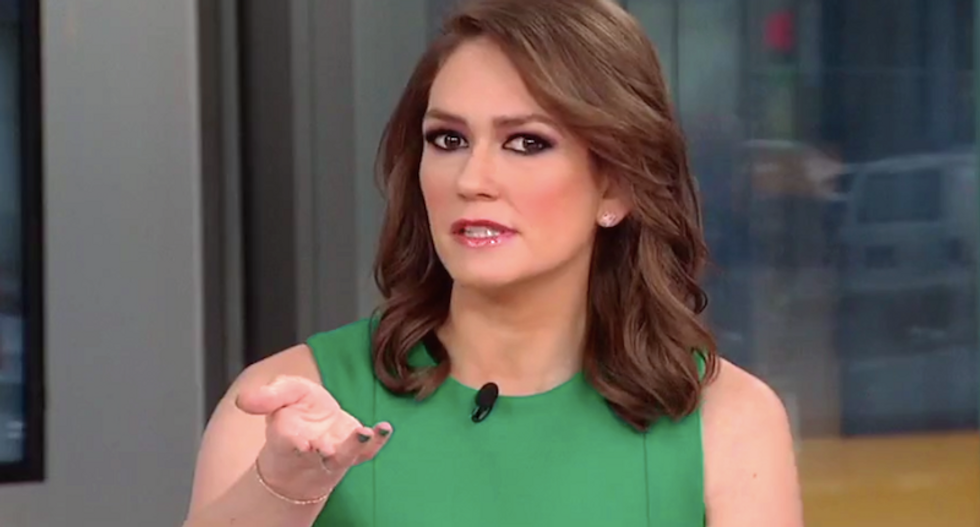 A Fox News panel got into a heated discussion about ABC's decision to cancel sitcom "Roseanne" after star Roseanne Barr went on a racist tirade against former Obama White House aide Valerie Jarrett.

During the segment, Fox's Jessica Tarlov slammed Barr for saying that Jarrett looked like someone who was the offspring of the "Muslim Brotherhood & Planet of the Apes."

"Obviously, that's racist to the nth degree," Tarlov said of Barr's tweet. "That's something that you don't expect someone in the public eye to do."

Guest Noelle Nikpour, however, wouldn't say that Barr's tweet was racist and said that she got fired because "we live in a politically correct world right now."

Nikpour acknowledged that Barr saying she believed Jarrett looked like she was birthed by an ape was a "not nice" thing to say, although she wouldn't say anything about the tweet being racially motivated.

This upset Tarlov, who shouted out, "It's racism!"

"Let's just look at what she said," replied Nikpour. "The tweet was not nice, it was ugly, it was demeaning, and let's just leave it at that."

Tarlov then pointed out Barr's history of past racist "jokes," including a photo she posted of herself wearing a Hitler mustache while preparing to bake a set of gingerbread cookies that she had labeled as Jews.