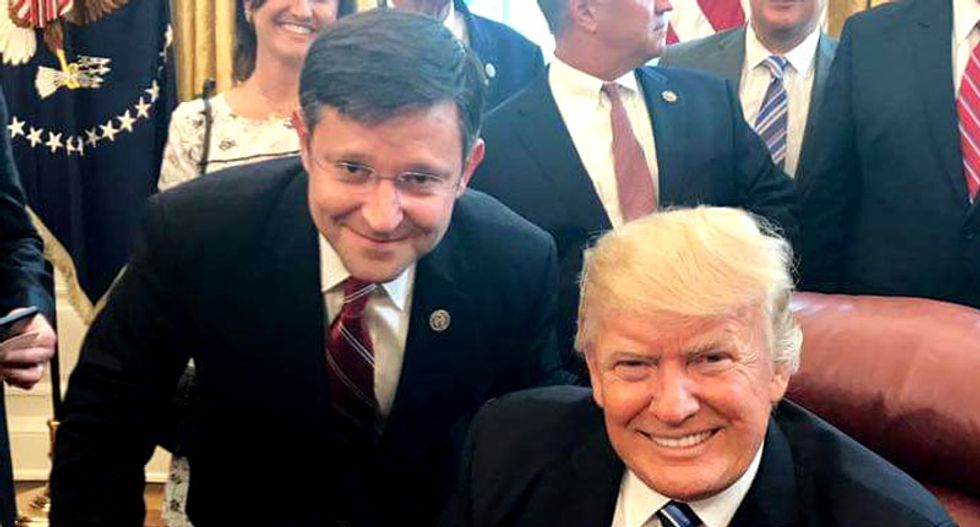 A Republican U.S. Congressman from Louisiana is scheduled to deliver the keynote speech at a Bible conference hosted by infamous "Kill the Gays" Pastor Kevin Swanson. Swanson made headlines in 2015 for saying gay people should be put to death.

Freshman U.S. Congressman Mike Johnson (R-LA) in August will deliver a speech titled "The Bible: Equipping the Man of God for Politics and the Culture War," at Swanson's Bible Family Conference, according to the current schedule. Johnson has ties to at least two anti-gay hate groups: the Alliance Defending Freedom and the Family Research Council.

Rep. Johnson was a senior attorney and national media spokesman for the Alliance Defending Freedom, an anti-gay hate group that has brought a high-profile case claiming oppression of a Christian cake baker before the U.S. Supreme Court. Ironically, despite agreeing to speak at Swanson's conference, Rep. Johnson authored a "Commitment to Civility," signed by 53 members of Congress.

"Throughout my career," Johnson says in the Facebook photo at the top, standing with anti-gay hate group leader Tony Perkins, "I have worked tirelessly to support legislation that protects conservative values of faith, family and freedom."

"This week, I was honored by the Family Research Council with the True Blue Award for my vote on critical bills that protect life and promote fiscal responsibility."

An email to Rep. Johnson's office did not immediately receive a response.