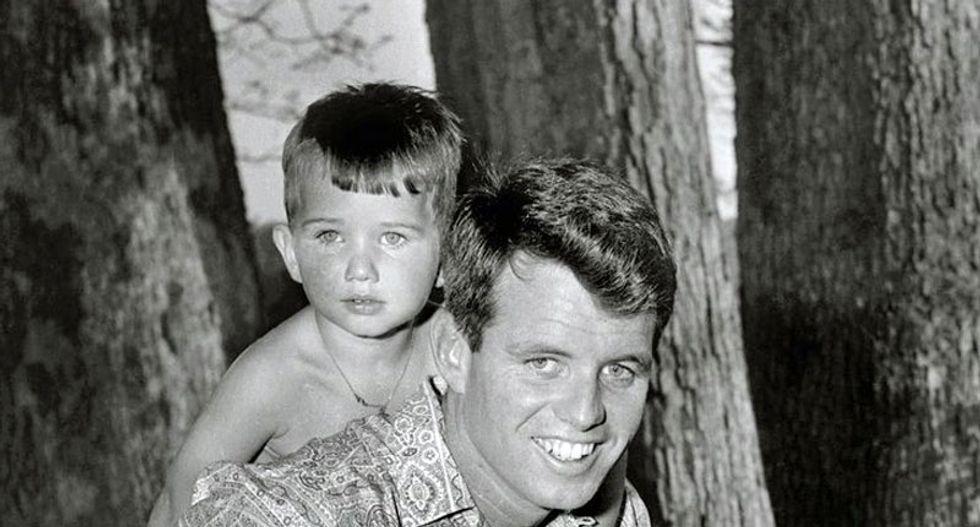 Robert Kennedy, Jr. has concluded there may have been a second gunman and is now publicly urging a re-investigation into the assassination his father, Sen. Robert Kennedy (D-NY), The Washington Post reported Saturday.

After months of research, Kennedy met in December with Sirhan B. Sirhan, the man convicted of killing his father. The December meeting at the Richard J. Donovan Correctional Center reportedly lasted for three hours.

“There were too many bullets,” Robert Kennedy Jr. told The Post. “You can’t fire 13 shots out of an eight-shot gun.”

Kennedy, an attorney like his father, dismissed Sirhan's trial as “really a penalty hearing."

"It wasn’t a real trial. At a full trial, they would have litigated his guilt or innocence," he explained. "I think it’s unfortunate that the case never went to a full trial because that would have compelled the press and prosecutors to focus on the glaring discrepancies in the narrative that Sirhan fired the shots that killed my father.”

Kennedy has now joined calls for a re-investigation lead by Paul Schrade, the former western regional director of the United Auto Workers, who was also shot in the head at the Ambassador Hotel in Los Angeles.

“Once Schrade showed me the autopsy report,” Kennedy said, “then I didn’t feel like it was something I could just dismiss. Which is what I wanted to do.”

“I got to a place where I had to see Sirhan,” he explained. “I was disturbed that the wrong person might have been convicted of killing my father. My father was the chief law enforcement officer in this country. I think it would have disturbed him if somebody was put in jail for a crime they didn’t commit.”

Watch Paul Schrade discuss discrepancies in the case during a 2008 CNN interview on the 40th anniversary of the murder: