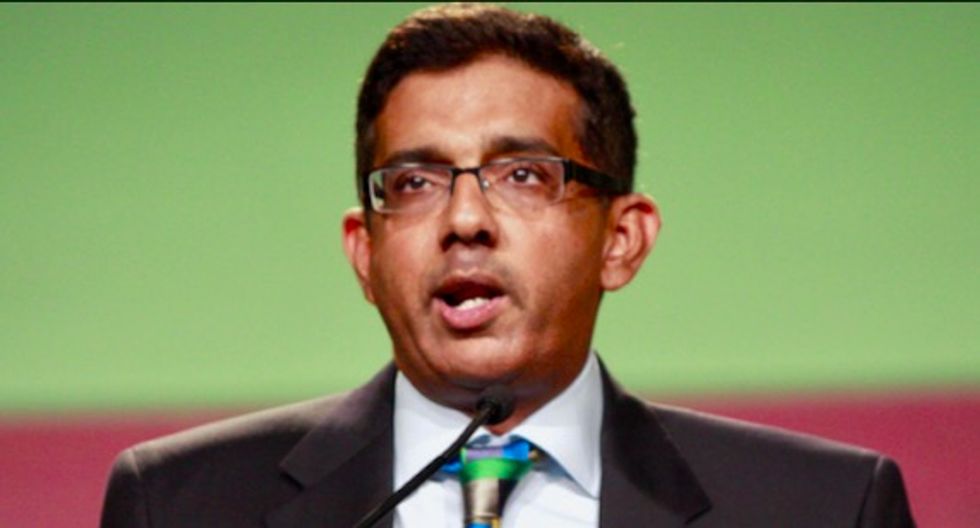 After making fun of students who survived the Parkland, Florida mass shooting, conservative Dinesh D'Souza's comments are biting him in the back.

In a tweet, D'Souza said: "Worst news since their parents told them to get summer jobs."

He also tweeted: "Genuine grief, I can empathize with, but grief organized for the cameras—politically orchestrated grief—strikes me as phony & inauthentic."

D'Souza has since apologized for his rude remarks, but this week, Republicans announced that he would be a speaker at the 2018 Sunshine Summit in Orlando in June.

Democrats are not fond of his rising platform.  Andrew Gillum, Democratic gubernatorial candidate, demanded he be removed from the speaker lineup.

In a statement, Gillum said: “I often have strong disagreements with Florida’s Republicans, but I know that many of them are decent, hardworking people. I hope they join me in demanding the Florida GOP un-invite this bitterly divisive selection."

Terri Rizzo, Florida Democratic Party chair said: "D'Souza is a bully who represents everything that is wrong with our politics. D’Souza spent the week after Parkland openly mocking Marjory Stoneman Douglas students for having the courage to speak their minds in the face of unimaginable tragedy and violence. While Republicans and Democrats may have significant disagreements about policy, we can all agree as Floridians that the students of Marjory Stoneman Douglas deserve to be heard — not insulted."