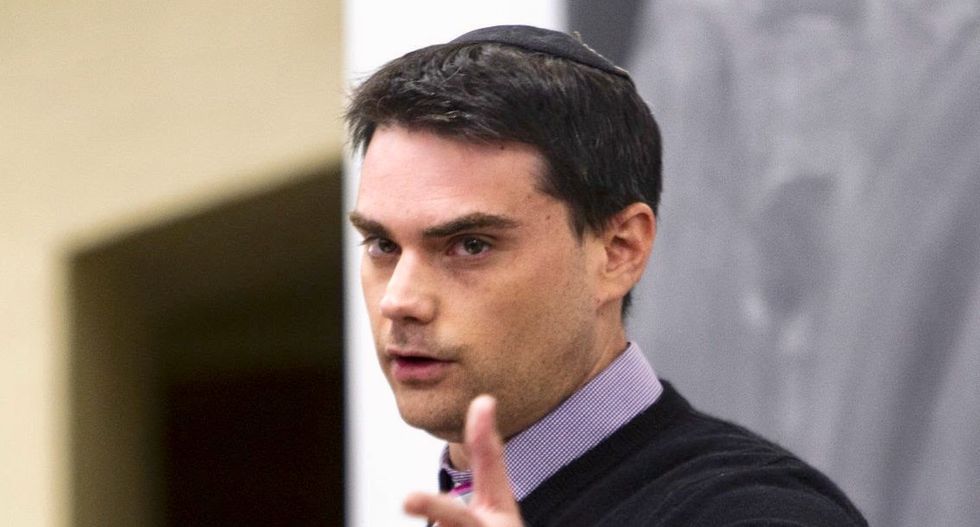 Despite the fact that Republican politicians are in charge of Congress and the White House while a conservative-leaning majority reigns in the Supreme Court, conservatives are nevertheless convinced that "the Left" is using political correctness to quash their ideas.

This pattern of thought is nowhere more evident than in the writings of National Review writer David French, who Friday published a story defending a recent article — written by the New York Times' Bari Weiss — about the "Intellectual Dark Web."

The web is a "network" of iconoclastic thinkers who include people like Sam Harris, Jordan Peterson, Ben Shapiro, and Ayan Hirsi Ali.

Despite these individuals' relative success, the idea of the Intellectual Dark Web is that they are somehow kept down by oppressive political correctness and excluded from legacy media outlets. French argues, however, that "the path to prominence for many of these now-popular people has sometimes been painful."

As evidence for this, he cites the bizarre example of Shapiro leaving Breitbart after receiving anti-semitic attacks. This is, of course, condemnable, as no one should face racist hate speech. But Breitbart is a famously racist website, which frequently smears the entire religion of Islam and has an article tag for "black crime." Backlash from those readers is hardly evidence of leftist political correctness. (Shapiro, as it happens, has a documented history of racist comments.)

On the topic of Peterson, he says his struggle has been battling for free speech in Canada, whatever that means.

Surely these and other thinkers of their ilk still receive horrible death threats for their work — as do most people who write in the internet age.

For French, it seems the biggest threat to free speech is that he can't question transgender people's gender identity in corporate boardrooms. (Meanwhile, you can still legally be fired just for being gay or transgender in most states.) This supposedly horrific form of censorship pushes people to these "marginalized" writers, and potentially to even darker places like Milo Yiannopoulos and the trenches of the alt-right.

The narrative of the oppressed conservative thinker — which often just means people who are made they get called out for being racist or bigoted — is certainly not going away. The "Intellectual Dark Web" is just another manifestation of it.