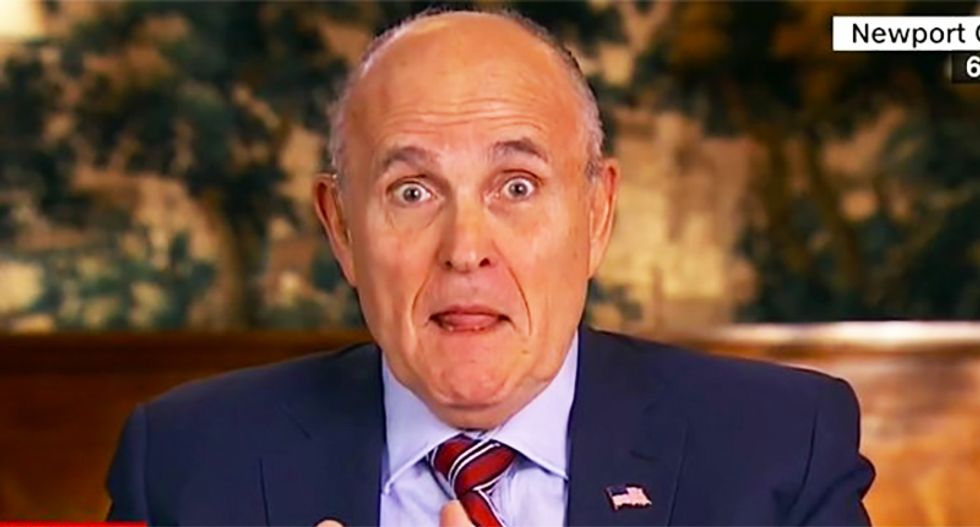 However, Giuliani's clarification failed to clarify much, as he still didn't address when Trump learned of the payment to Daniels, and he said that he was only speaking of his own understanding of the Daniels situation, not the president's understanding.

Given that Giuliani's clarification left people more confused than ever, Twitter users erupted with mockery at the former New York City mayor, who was thrown under the bus by Trump on Friday when he said that Giuliani didn't know all the facts about the Daniels payment.

On the register of comebacks, Giuliani’s return to lawyering is hovering in Michael-Jordan-with-the-Wizards territory.
— Radley Balko (@Radley Balko)1525457785.0