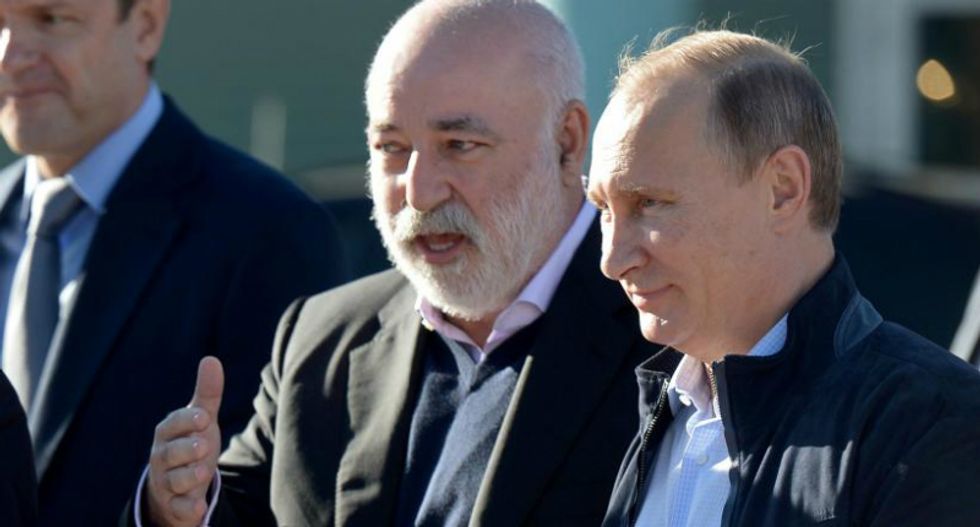 A Russian billionaire that attended President Donald Trump's inauguration was questioned by special counsel Robert Mueller's team earlier this year as he exited his private plane on the tarmac in a New York City airport.

The New York Times reported Friday that Viktor F. Vekelsberg, a Russian businessman who was sanctioned by the U.S. government under suspicion of being "enriched" by Vladimir Putin's government, was confronted by federal investigators with a request to search his electronic devices.

The Times' sources did not give the newspaper any indication that Vekelsberg is under suspicion of wrongdoing or why he was questioned at all, but the report noted the Kremlin-linked businessman has multiple connections to Trump and the people around him.

Along with attending the president's inauguration, Vekelsberg was at an infamous December 2015 dinner hosted by the Russia's RT news network in which Trump's former national security adviser Michael Flynn was in attendance.

The Ukranian-born billionaire also "controlled a company that has been the largest single shareholder in the Bank of Cyprus" — and when he was involved with the bank, Trump's future Commerce Secretary Wilbur Ross was its vice chairman.