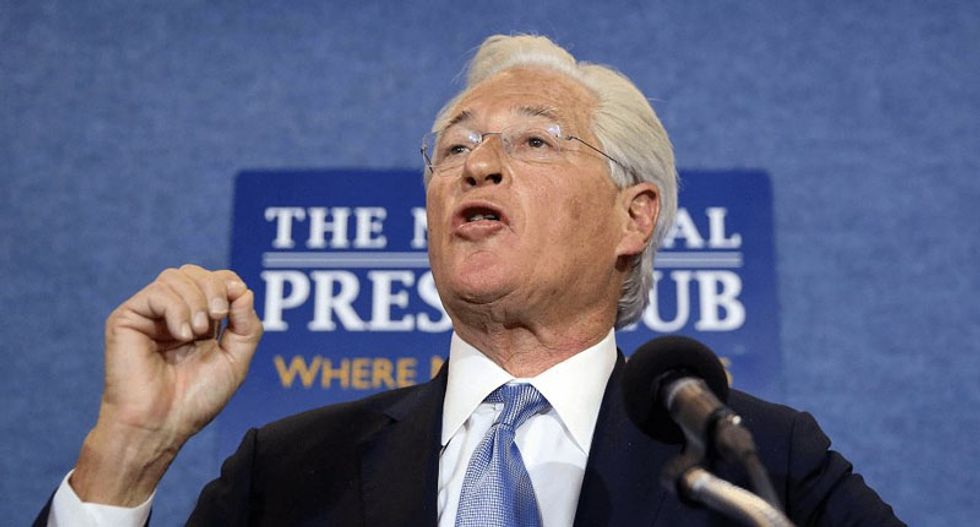 At the heart of the story is an investment firm called Columbus Nova, which has close links to Renova Group, a conglomerate founded by Russian billionaire Viktor Vekselberg. A Columbus Nova spokesman has said the payments to Cohen were for unspecified investment consulting.

As ProPublica reported last year, Cohen spent a short period in February 2017 working at the offices of Kasowitz Benson Torres in midtown Manhattan, alarming several lawyers at the firm who worried about the brash attorney’s reputation. That was at the beginning of the period, between January and August 2017, when Columbus Nova made its payments to Cohen.

Cohen told ProPublica last year that he used Kasowitz’s offices “because we were working on several matters together after the inauguration.” Both he and Kasowitz have declined to specify what they collaborated on.

Cohen didn’t immediately respond to a request for comment.

Any work Cohen did with Kasowitz in 2017 could take on new relevance since the FBI raided Cohen’s home and office last month. Kasowitz, who was Trump’s lead lawyer in the Russia investigation for a brief period last year, has reportedly still been involved in advising the president in the case.

Kasowitz continues to represent Trump in other matters. That includes a suit by Summer Zervos, a former contestant on “The Apprentice” who claims Trump defamed her by calling her a liar after she asserted that he had made unwanted sexual advances. Kasowitz Benson Torres specializes in commercial litigation and has represented many large U.S. and foreign companies.

Kasowitz’s work for Columbus Nova stretches back to at least 2010 in related cases filed in New York and Illinois. In Illinois, Fifth Third Bank sued Columbus Nova and several affiliated entities, alleging that they had caused the bank to lose tens of millions of dollars on loans to a life insurance financing program that was “permeated … by fraud and embezzlement.” In the New York case, Kasowitz and three other attorneys at his firm filed a separate suit alleging that it was Fifth Third Bank that had committed fraud and caused losses.

The name of Andrew Intrater, the CEO of Columbus Nova and the cousin of Vekselberg, comes up repeatedly in the litigation.

Kasowitz’s spokesman said the litigation settled in 2017. The terms do not appear to be public.

“The firm represented Nina Investments LLC and its affiliates, Santa Maria Overseas, Ltd., Columbus Nova Investments IV, Ltd., and Renova U.S. Management LLC, in a commercial litigation with Fifth Third Bank, based in Cincinnati, Ohio, over a failed investment in a company called Concord Capital Management, LLC,” the Kasowitz spokesman said. “The litigation was commenced in 2010 and settled in early 2017.”

Vekselberg was among those hit withsanctions last month by the Trump administration in response to “malign activity around the globe” by the Russian government. The New York Times subsequently reported that Vekselberg was questioned by investigators for special counsel Robert Mueller.

Along with the payments from Columbus Nova, Cohen also received payments from corporations including AT&T and Novartis. AT&T said it hired Cohen “to provide insights into understanding the new administration.” ProPublica recently reported that Kasowitz used his access to the Trump administration to help another client, a New York investor, with a casino in Vietnam.