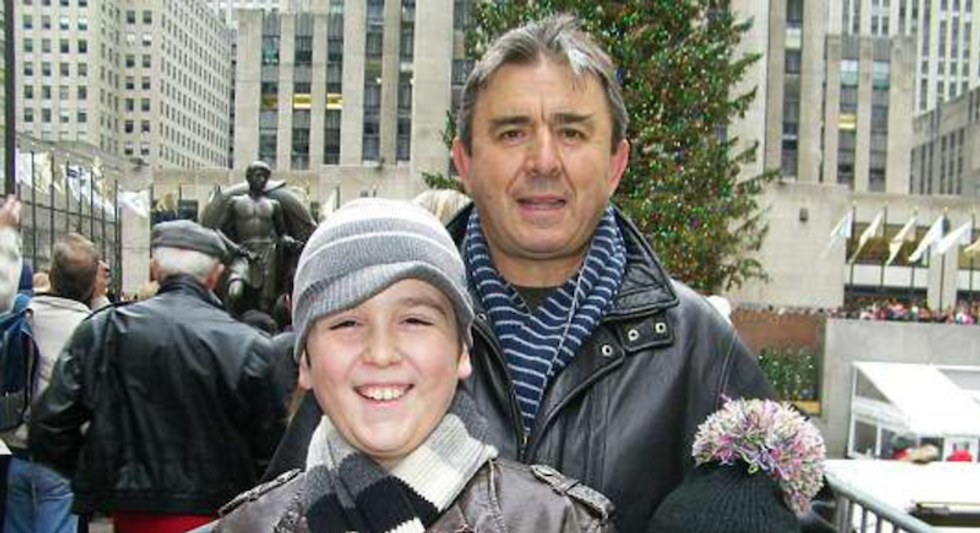 The parents of confessed Santa Fe school shooter Dimitrious Pagourtzis say they are "confused" by their son murdering 10 people at his Texas high school.

Dimitrios Pagourtzis was the son of Antonios Pagourtzis, 63, and Rose Maria Kosmetatos. The guns he used in the massacre were owned by his father.

Despite Pagourtzis' apparent obsession with guns and Nazis, and his posting a custom-made "Born To Kill" t-shirt on his Facebook page, they say the family says it never saw this coming.

"We are as shocked and confused as anyone else by these events that occurred," they wrote in a statement issued off-camera. "We are gratified by the public comments made by other Santa Fe High School students that show Dimitri as we know him: a smart, quiet, sweet boy. While we remain mostly in the dark about the specifics of yesterday’s tragedy, what we have learned from media reports seems incompatible with the boy we love."

The parents say they want to know what happened and although their son has reportedly confessed, they will not speak until the "investigation" is finished.

"We share the public’s hunger for answers as to why this happened, and will await the outcome of the investigation before speaking about these events," they write. "We have been and will continue to cooperate with the authorities conducting the investigation, and ask for the public’s patience while it moves forward."

The family says that they want privacy as the police investigate Dimitrios Pagourtzis' affinity for guns, German nationalism, the NRA, Nazi music and custom t-shirts professing an affinity for killing people.

"We ask the public to please extend privacy, both to the victims and to our own family, as all of us try process these events, and begin the healing process," they write.