Sarah Sanders rages at leaker of McCain slur: 'A total and complete coward and they should be fired' 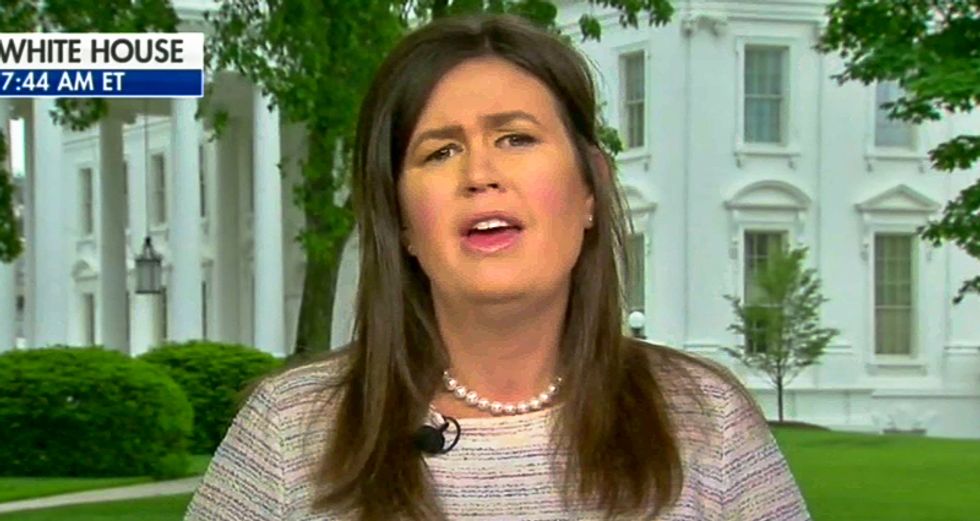 During an interview on Fox & Friends, host Steve Doocy asked the press secretary why someone leaked details of a meeting in which a staffer mocked McCain because he is dying of brain cancer.

"I can tell you there are a couple of bad actors," Sanders said, referring to people who leak. "I think it is disgusting and some of the most shameful behavior that you could ever engage in. It's an honor and a privilege to work for the president and to be part of his administration. And anybody who betrays that, I think, is a total and complete coward and they should be fired."

"This is one of the greatest opportunities of a lifetime to get to work and serve for President Trump and it's something that is sacred," Sanders added. "Sometimes some of these leaks are made up and reporters search for validation for them... I don't know why people do it because I don't engage in it because I find it to be some of the most disgusting behavior that you could ever participate in and one of the most disloyal things that you could do as an entrusted member of the president's team."

Co-host Abby Huntsman explained that she is friends with McCain's daughter, Meghan McCain, who was promised a public apology but has not received one for the comments about her father.

"I think it's been addressed," Sanders scoffed. "We're dealing with this matter internally."

"But why the strategy not to come out publicly and say, 'You know what? I shouldn't have made the joke, it was wrong, let's all move on'?" Huntsman asked. "Why not just do that?"

"She's offered a personal apology," Sanders said, dismissing the question. "I don't think we should continue to validate leaks that come out by making that the focus of what we're doing."