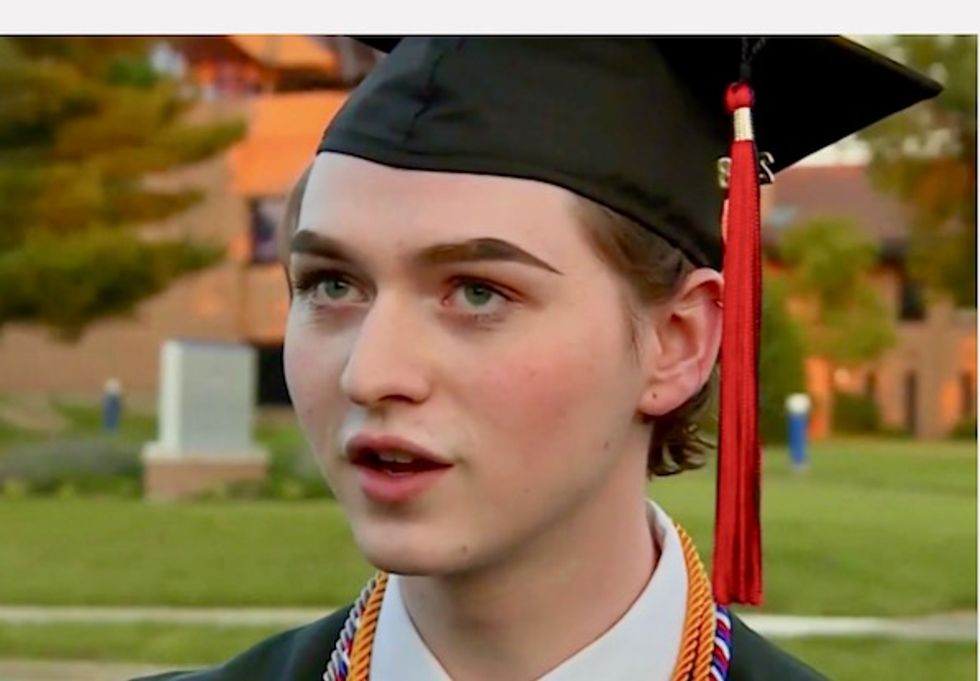 Officials from a Catholic high school and the diocese that runs it banned its own valedictorian, Christian Bales, from delivering his graduation speech. Bales says he doesn't know if being gay was the reason for being denied the traditional right and honor.

The school and the diocese then told him he could not deliver his speech because its content was too political. In a statement to WCPO a spokesman said Bales' speech was "inconsistent with the teaching of the Catholic Church."

It's unclear how that's possible. The entire text of Bales speech can be read online. You can also watch it below. In it, he delivers a theme of young people empowering themselves to further issues of social justice – which once was a pillar of Catholic teachings.

Bales' speech is in part a tribute to the students of Marjory Stoneman Douglas High School, who went on to literally change America this year after a gunman shot and killed 17 people on their campus in February.

“'The young people will win,'" Bales says in his speech, repeating a phrase used by the Parkland student survivors, "because we’re finished being complacent," he says.

"There’s a misguided notion that wisdom is directly proportional to age, but we’re disproving that daily. Sometimes the wisest are the youngest in our lives, the ones who haven’t yet been desensitized to the atrocities of our world. Therefore, we young people must be the educators. The young people must be willing to speak candidly about issues, and we mustn’t tremble in the face of the institutions that try to silence us," Bales' speech urges.

Sadly, his own school and diocese did just that.

Bales was not allowed to deliver his remarks during the graduation ceremony, so when it was over, he grabbed a megaphone and shared his remarks with his classmates, friends, and families. And presumably, some of the administration who banned his remarks for being un-Christian.

Is this "inconsistent" with Christian values?