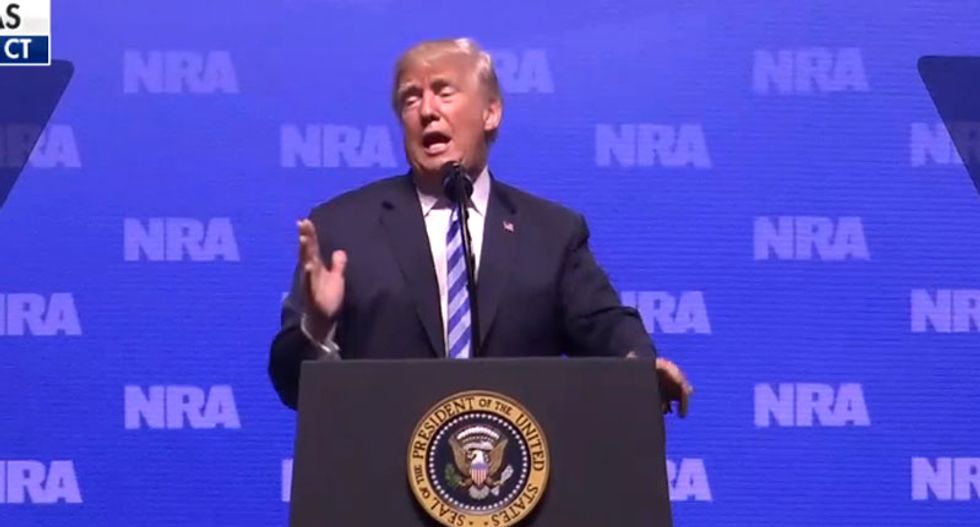 Democrats on the Senate Judiciary Committee on Wednesday released a preliminary report claiming that the National Rifle Association was used by Russian intelligence services "as a means of accessing and assisting Mr. Trump and his campaign."

As reported by the Daily Beast, the committee says it has "a number of documents" to back up its explosive claims, and it says two Russian nationals -- Alexander Torshin and Maria Butina -- were involved in the scheme.

"During the campaign, Mr. Torshin, Ms. Butina, and their intermediaries repeatedly offered the campaign back channels to Russia and relayed requests from President Putin to meet with Mr. Trump," the report claims. "The Kremlin may also have used the NRA to secretly fund Mr. Trump’s campaign. The extent of Russia’s use of the NRA as an

avenue for connecting with and potentially supporting the Trump campaign needs examination."

The report goes on to say that both Torshin and Butina have so far refused to cooperate with the committee's investigation.