‘Send in the G Men’: Devin Nunes calls for John Kerry to be arrested by the FBI 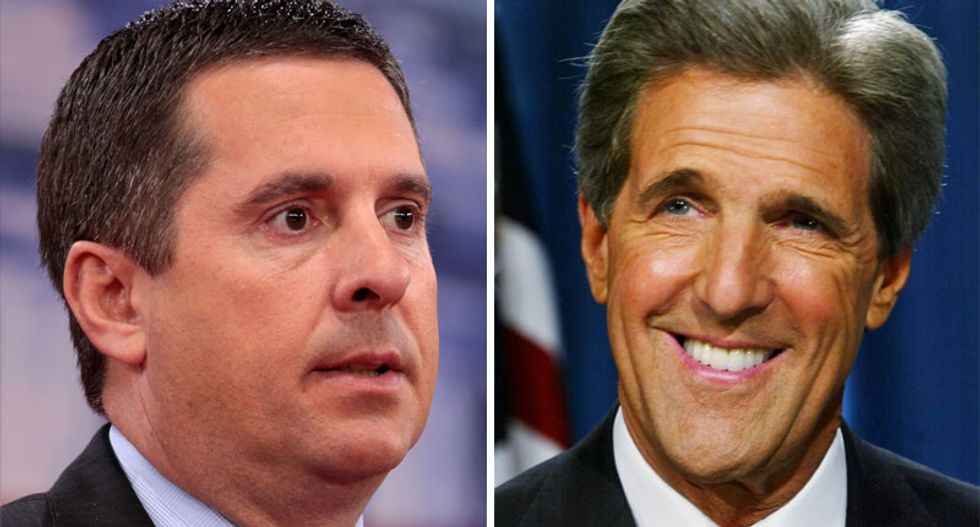 The chairman of the House Permanent Select Committee on Intelligence is calling for former Secretary of State John Kerry to be the very first person ever arrested under a constitutionally dubious 1799 law.

Congressman Devin Nunes (R-CA) made his demand to imprison the former Massachusetts Democrat under the Logan Act, which could theoretically result in three year in federal prison.

The allegations followed a new Boston Globe report on former Secretary of State Kerry working to save the Iran nuclear deal.

Rep. Nunes retweeted the story, saying it was time to "Send in the G Men."

"G Men" is short for "government men" and since 1935 has been used exclusively to refer to FBI special agents, the Bureau claims.

Only two indictments have ever been made under the Logan Act, with neither going to to trial.