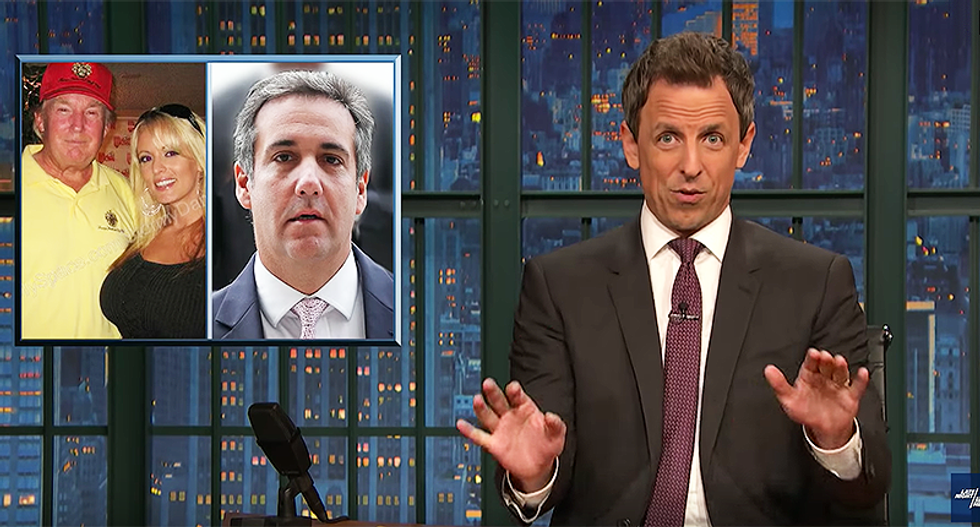 In his segment 'a closer look' Myers tried to make sense of recent swirling headlines about the Cohen scandal.

Myers said the purpose of the shell company is to hide one's identity, however the company was easily traced back to Cohen.

According to the documents Cohen used the pseudonym "Peggy Petterson" to conceal Storm Daniels' identity, but he failed to use a fake name for himself.